The inaugural Waku Waku +NYC Festival that was held Saturday and Sunday, Aug. 29 and 30 in Brooklyn truly offered the “dream-like excitement” its name translates to in Japanese.

With events taking place at the Brooklyn Expo Center, Transmitter Park, the Wythe Hotel, Brooklyn Bowl and Verboten, the Japanese pop culture extravaganza celebrated anime, music, food, fashion and more via exhibits, screenings, game demos — including Keiji Inafune’s Kickstarter-funded “Mighty No. 9,” which attendees got a sneak peek of months before its projected release in early 2016 — fashion shows, vendors and interactive happenings. And Kawaii, the global cultural phenomenon of cute, was on full display, as you’ll see in the below photos.

Waku Waku organizers from Azix Inc. told TheBlot last week that if its first festival was a success, they expect it to become an annual event, one that could even take place in various cities, not just New York. Judging by the good turnout, it looks like the festival has a brightly colored and — fittingly — dreamy future.

All photos by Tyler Roarty. 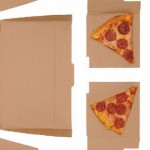 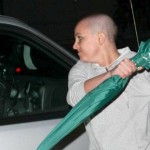