Krispy Krème is sure not too swift when it comes to viral popularity.  But by popularity, I mean its own!  A college student at the University of Minnesota realized there was huge, yuuuge, demand for Krispy Krème donuts in the Twin City area.  But the thing is, Krispy Krème donuts haven’t been sold in the state of Minnesota for 11 long, saccharine free years.  So the 21-year-old Jayson Gonzalez, student entrepreneur, saw a great opportunity to help pay for school.  He would drive 270 miles away to Clive, Iowa to load up on the popular sinful snack.  The smart entrepreneur would then drive back fully loaded with donut goodies which sold at high prices.

But  Krispy Krème got wind of his erstwhile business and, well, killed his business.  Gonzalez expected this to happen at some point.  But maybe not quite so quickly.  He wrote to his Facebook followers, “I have been told I have to shut down operations.  I figured it would come eventually, but it arrived early.”  Shucks!  That’s just a damn shame, throwing away a nice little business like that!  Each donut run consisted of 100 boxes, each with 12 donuts a piece.  But people would buy them for $17-$20 a box!  But no more.

Minnesota Police Pull Over Driver With 250lb Pig in Lap

DONUT GIANT CLAIMED HIS DONUT SALES CAUSED THEM LABILITY, BUT HOW EXACTLY?

So what happened?  The St. Pioneer Press did a little story on his amazing venture aimed at reducing his student debt.  But before even a week went by, Krispy Crème called the student entrepreneur warning him to stop, like, immediately.  But why?  Well, according to Krispy Krème, liability.  Yeah, that seems strange to me as well.  Even my crazy imagination fails to understand how Krispy Krème could suffer any liability here.  But I’m not alone.  Krispy Krème has not enjoyed many of the comments resulting from this.  Some even want to boycott them?  So the donut company is “looking into the matter.”

UPDATE: Krispy Krème has reversed course.  Duh.  So if you want some overpriced imported donuts in Minnesota, you know where to go! 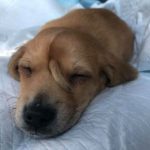 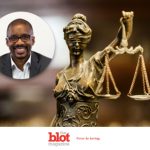