With Passover beginning tonight at sundown and Hitler’s birthday coming up this Sunday on April 20, the Anti-Defamation League (ADL) had issued warnings of an increase in hate crimes and violent attacks on community centers. How right they were.

Frazier Glenn Miller (who also goes by Frazier Glenn Cross), 73, shot five people on Sunday, April 13, in an apparent anti-Semitic rampage. The shootings took place at a Jewish community center in Kansas City and a Jewish-assisted living facility nearby. Three of the five were killed. Thankfully the other two were not injured.

I really hope I don’t hear on the news over the next few days how God saved those two and then you hear that God had nothing to do with the three murdered people. People always say “Thank God” to good things and “God gave man free will” whenever something bad happens. Which is it? Is God all powerful or not?

It’s all a crapshoot. Life is random most of the time. Murder victims Reat Griffin Underwood, 14, and his grandfather, William Lewis Corporon, weren’t even Jewish. They were Methodists and only in the parking lot of the Jewish community center because Reat was going to audition for a high school singing competition.

Miller, the gunman, has dedicated his life to promoting hate. He had a kill list with an assigned point system that scored 10 for Jews and 1 for Blacks. He was a Green Beret who served in two army tours in Vietnam. He is the founder and former leader of the Carolina Knights of the Ku Klux Klan and the White Patriot Party. Both were active in the 1980s according to the Southern Poverty Law Center, which monitors hate groups.

Miller has been described as a “raging anti-Semite” who posted in online forums that shared his belief in the extermination of Jews. Being a Jew myself, this hits a nerve so deep that it sets off rage. The first time I experienced anti-Semitism was in fifth grade when a classmate called me a kike. I hauled off and punched him in the face. Over the years I have experienced more subtle types of anti-Semitism, such as off-color comments about Jews being tightwads.

This type of hate monger is so disgusting to me that I wouldn’t mind if he were executed. And that is exactly what might happen if he is found guilty of premeditated murder in the first degree, motivated by the victim’s race, color, national origin or, as in this case, their religion. 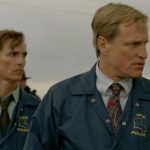 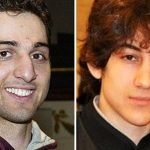