Unlike fellow science-fiction author Kurt Vonnegut, L. Ron Hubbard actually believed his kooky ideas about space, the nature of human beings, the self and soul were true. In following decades, whatever you may think of Scientology — a dangerous cult-organized religion or the way to humanity’s true salvation? — the Church of Scientology developed through ideas in Hubbard’s 1950 book “Dianetics.” However, the long road to Scientology’s notorious celebrity stewardship, bizarre terms and rituals are still shrouded in extreme secrecy.

This glaring lack of information and curiosity about what Scientology actually means is why so many watched the release of HBO’s compelling documentary “Going Clear: Scientology and the Prison of Belief.” The religion, movement or quackery — whatever it may be variously called — remains mysterious to most even in the wake of the film and book upon which it’s based.

There is still so much unclear about Scientology’s practices, methods and effects on its followers because that’s exactly how the church’s leaders want it. But the “Going Clear” documentary and book do raise some troubling and downright frightening accusations, such as families being broken apart and followers forced to perform manual labor or attend intensive auditing sessions that are described as therapeutic counseling. Other very troubling issues include how the group’s teachings are disseminated through studying Scientology materials or classes meant to further spiritual development. The costs of the classes are based on a person’s financial situation, termed “technology” or “tech” in the jargon and get more expensive as followers progress.

Read more: Scientology to Give Its Members Superpowers

Any new information or testimonials from former members is all good for the rest of us who are alternatively scared, curious or outright hostile to the group’s methods and teachings. Though many big movie stars and influential Hollywood types are ensconced in the Church of Scientology, little is actually known about the group’s aims, methods or actual effects on its members.

For me, that’s a huge problem. But the “Going Clear” film and book provided a window into the secretive world. And though the film has been called propaganda by church officials, it is, in reality, a valuable piece of the puzzle which only gets more intriguing, or scary, as the layers continue to peel off.

Award-winning filmmaker Alex Gibney’s documentary uses profiles of eight eyewitnesses and narratives to tell their story, yet officials and church-backers have said it’s hogwash. Is that not a claim the rest of the world could legitimately make about them as well?

Actress Leah Remini and other non-famous former members have come out to speak on the importance of exposing the church. It would be extremely hard to believe each and every one of their stories is based on lies or deceit meant to embarrass the Church of Scientology.

And for that reason on its own — to expose or learn more about the secretive organization — regardless if it is actually actively splitting up families or a real religion or just a commercial venture by Hubbard, more information and exposition of the secretive and mysterious group is a very good thing for the rest of us. 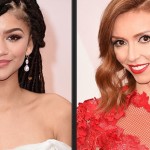 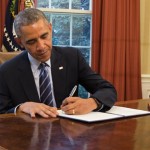