We live in a socially progressive and exciting day and age. After all, I do have “one of ours in the White House” (commonly said racist thing by whites), so what do I have to bitch about? Racism has ended! Hooray!

I’m very lucky to be living in today’s, post-racism world. Louis C.K. has a bit where he talks about time machines, how it’s a total white privilege and anything before 1980 would suck for a black person to travel to. The current racial climate has improved significantly over the years. There does NOT, do you hear me, NOT remain a TON of work to achieve equality, folks. The president is black, and Fox’s “Empire” was highly rated!

Even though racism is clearly a thing of the past (*cough* bullshit *cough*), a white person will occasionally do something most would define as — dare I say — racist and not know what the big deal is! Thankfully, I’m here to help my white friends out with these ways of knowing if that thing you’re doing is racist.

Your use of the word “nigger” has upset people

You love that new Drake song, Hannibal Buress bit or you’re just hanging with your black friends. You hear them say the dreaded “n-word” repeatedly, casually, and you decide to say it yourself only to see things have screeched to a halt and your ass is in danger of being kicked. It all comes down to context, but if you’re unsure if you should say the word “nigger” or even “nigga” (ha!), then don’t. The word has been used for centuries by whites to degenerate us and may take as long to re-appropriate and remove the racist stigma from. Look at it this way, we don’t have an equally, vile word that’s hurtful toward white people so this one is ours.

Everyone wants the best costume. To achieve this, you try to make it as close to whatever/whomever it is you’re trying to dress as. Unfortunately, when some white people attempt to masquerade as a black person, they tend to forget that covering their faces in dark makeup makes them look less “black” (or even human) and more like some imbecile on their way to an audition for Michael Bay’s “Birth of a Nation” reboot. This method invokes memories of highly offensive minstrel shows and a time of major insensitivity before racism ended. We can tell who you are just by the clothes and hair, thank you.

It’s February, and you’re so sick and tired of being inundated with Black History Month stuff. You decide to wonder verbally/on the Internet/on conservative radio why there isn’t a “white history month.” First, that’s clever (it’s not clever). Second, due to that slavery thing and years of inhumane discrimination etc., black Americans don’t have much of a link deep to our past the way you whites do. So sorry if the 28-, sometimes 29-day reflection of our great contributions to humanity upsets some of you. You can still watch “Duck Dynasty” in February.

I used to have long hair. I’d straighten it, get it braided and blow it out into an Afro. I’d get lots of attention for it. I see black women all the time with cool, naturally puffy hair. You see it, too, and want to know how it feels and decide to give it touch. This is unwise due to the uncertainty of your hand’s cleanliness and common manners. I know the look is a curiosity for you, but how would you like it if someone just stroked your hair without asking? Personal space.

Your social media account has been disabled after posting that thing

Social media is great to connect with friends, family and complete strangers. I know for me it’s how I find out about breaking news, pop-culture stories, trends, funny viral vids and lots of other stuff. It’s also how I find out about some of your “clever” comments, pics, videos or anything else you can share anonymously. Shocking as it may seem, those opinions, slurs and memes may upset people. It’s cool to have lots of followers/friends, but maybe sharing/posting something that could get you fired/arrested/endlessly ridiculed isn’t worth the likes/retweets. Although it could get you famous.

You wonder “why everything has to be about race?”

A black person is upset at you because you’ve committed any of the previously mentioned acts. You insist that you’re not racist because of your black friends, neighbors, sex partners, Obama vote, affinity for “that chick who got naked on ‘Game of Thrones’ last season,” and you ask them “why everything has to be about race?” This is a dopey thing to say because as long as black people are overpopulating prisons, discriminated against, harassed and/or murdered by police, denied a decent education, ignored and negatively portrayed in Hollywood and by the media, and articles like this are being written, it will always be about race until it isn’t. 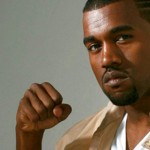 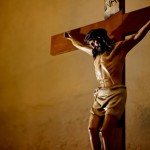