Well, this isn’t a here’s Johnny story.  It’s more of a here’s NOT Johnny in Fantastic Beasts 3.  It’s been all over the news that Johnny Depp lost his libel suit against the English rag, The Sun.  Libel?  Well, yes, libel.  They wrote articles saying that Depp was a wife beater.  And, well, that seems more than likely to be true.  We’ll keep hearing about Depp and his former alleged punching bag, Amber Heard.  But losing his libel case is hurting brand Depp in a big way.  Warner Brothers then asked Depp to resign from his role in Fantastic Beasts 3.  Depp complied.  But as he had shot one single scene, he still gets paid $10 million.

FANTASTIC BEASTS 3 CONTRACT HAD A PAY-TO-PLAY PROVISION, SO ONE SCENE WORTH $10 MILLION

No, you didn’t read that wrong.  It was in his contract.  But it has a pay-to-play provision.  So that essentially means that if he does any work, he gets paid.  The movie gets cancelled mid-production?  Paid.  Everyone gets sick?  Paid.  Shoot a single scene reprising your role as Gellert Grindelwald?  Most.  Definitely.  Paid.  $10 million.  I, clearly, am in the wrong business.  But it’s still very bad news for Depp.  Because Warner Brothers clearly thinks paying Depp that hunk of cheese is worth it to get his name off of the credits for the next Fantastic Beasts film.

So the film finally started filming on September 30th.  And Depp showed up to work for one single day on set, shooting in one single scene.  And now, done.  While the pandemic has already delayed the film’s possible release to Summer, 2022, Depp’s departure may add a little to it.  The Fantastic Beast’s first to films have earned $1.4 billion worldwide.  And Depp is now a toxic item for the foreseeable future.  But not to worry about Depp’s former role.  Actors like Jude Law and Eddie Redmayne are among the options we may see playing Grindelwald in Fantastic Beasts 3.

Let’s just hope the next Grindelwald doesn’t pick up the kind of baggage Depp is carrying around these days. 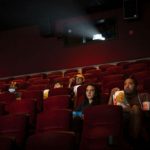 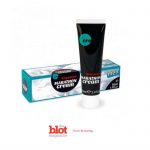