So this, somehow, is yet another story that I’ve never come across involving a police chase.  As you likely may have heard, there was a massive snow storm covering much of the United States in the last few days.  And Cincinnati, Ohio, is never immune from winter snow.  But this year, police there were in the process putting a suspect into custody just outside their cruiser when a salt trunk went by.  It almost hit them and sprayed salt all over them and their suspect.  As you might imagine, the Cincinnati cops didn’t take too kindly to that and gave chase.  But did the salt truck driver pull over?  Hell no, he continued to spray salt on the pursuing cop cars!

So doesn’t this sound like the missing scene from the movie, Fargo?  Nah, he’s not in the wood chipper, he’s over there driving that salt truck!  Honestly, I really have no idea what that salt truck driver was thinking.  His name is Omar Trip Armstrong.  And the 36 year old is in summat of trouble for being a consummate dumbass.  When the police gave chase, they had their lights and sirens on.  But that didn’t matter.  Armstrong saw one of the cop cars right behind him and turned on the salt sprayer, covering the cruiser in blinding salt.

See?  Consummate.  Dumbass.  But Armstrong’s antics were not even a little over.  He decided to double down on whatever was misfiring in his brain.  He circled back to where the other officers were with the suspect and hit them with another spray of salt!  So as you might imagine, the police were none too happy with the salt truck driver.  I get that people can be a little salty around the edges.  But stupid doesn’t have to get you to jail.  I mean, really.  Assault with a salt truck?  Good luck with that one in the prison showers, Mr. “Armstrong.” 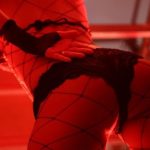 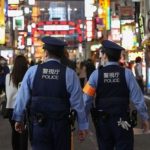