VALENTINE’S DAY IS NOT POPULAR WITH JAPANESE WOMEN

So this is a new one on me.  Sure, I don’t know too much about Japanese culture.  But I do know that it is way different than anything we have anywhere in the West.  But this time, it’s virtually unrecognizable.  Did you know that Japanese women are expected to give their male colleagues chocolate on Valentine’s Day?  I had no idea.  But even knowing that’s how it works over there, it makes no sense to me at all.  They call this wacko tradition “giri choco.”  But guess what that means in English?  It means obligation chocolate.  That’s right.  Obligation.  As in, women are obligated to buy their male counterparts chocolate.  I’m no feminist.  But that seems amazingly backwards and not at all woman friendly.

WOMEN ALSO SUPPOSED TO GIVE THEIR BOYFRIENDS AND HUSBANDS CHOCOLATE TOO!

But it gets even more backwards for these ladies at home.  Women are also expected to give their husbands or male partners honmei choco, or “true feelings chocolate” on the day of annual love.  So what the hell is going on, here?  How did this modern holiday and practice turn into something for just men to enjoy in Japan?  I smell a patriarchal rat, to say the least.  So how does this work for Japanese women?  They have a different day.  They call it White Day which happens every year on March 14th.  That’s when men, in turn, give chocolate to women.

HOW CAN VALENTINE’S DAY NOT BE WOMAN FRIENDLY AT ALL?

So as you can imagine, this is pissing people off.  But most especially Japanese women.  Japan Today conducted a poll and found that 40% of the country’s workforce sees this “tradition” as a form of power harassment.  Many companies have already banned the practice.  But recent data showed the tradition was losing popularity. Japan Today reported that 40 percent of workers see the tradition “as a form of power harassment.” Some work places have even banned the tradition altogether.  But Japanese women claim that this whole situation, besides being unfair, is also a major financial burden.  I’d say that makes all too much sense.  So a ban on obligation chocolate may be in place for next year, sparing these women the expense and the aggravation. 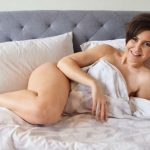 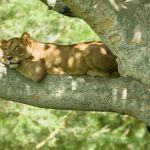