So trolls are now a normal feature of any culture, anywhere on the planet Earth.  One just a figure in a child’s fable, if a scary one to be sure, trolls now occupy the virtual world like none other.  Ever been in a chat discussion somewhere that got nasty?  That was a troll.  Or the comments section of, like, any online publication or blog?  That was definitely a troll.  Trolls are everywhere.  They make people mad.  They bully people.  And, they propagate memes, with a cultural paintbrush that would drown a whale.  And now, we have an English troll who wrote a book about Cancel Culture!  But this mean troll’s book now suffers the Cancel Cure itself.

Read More: Working For World Peace Can Be Totally Depressing

TROLL HAS MADE A LIVING IN ENGLAND SELLING SHOCKING HATE, NOW IN THE CANCELLATION ZONE

So what happened?  The English troll should have stayed under her bridge, for one.  But she’s been making money on her nasty hyperbole and bullying and planned on making some more.  But then, she lost sight of her propriety road signs and shat the metaphorical bed.  Ok, here are some particulars to flesh this out.  The English troll is one Julie Burchill.  She’s made a name for herself as a shock and awe what the fuck persona in England.  But Julie had to opine just a little too much as a troll on Twitter about Islam.  Right before she was about to publish her book on Cancel Culture.

And by opine too much about Islam, I really mean she engaged in hate speech about Islam in general, and another writer, Ash Sakar, in particular.  But even though England doesn’t even have a legal definition of hate speech, it was too much for the erstwhile Cancel Culture book’s publisher.  So irony has to expand its seemingly boundless realm to include the fact that a cancel culture book is under the cancellation axe for hate speech.  Who knew?  Well, we do, now.  And so does the English Troll Julie Burchill.  She, of course, is unapologetic and seemingly blithe to what this really means.  Hate sells within certain bounds, sure.  But there is a line.  And hate sellers can’t seem to remember where that is. 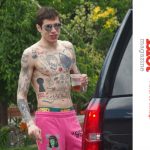 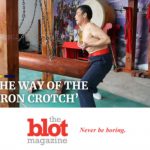