IRON CROTCH KUNG FU IS A REAL THING! BUT WITH NO NEW MASTERS, IT MAY NOT BE FOR LONG

Kung Fu is a phrase, or name, I first heard in association with David Carradine.  The star of the old TV show with the same name.  At first, I was pretty confused.  Sure, I was a young kid.  But I was certain that that guy on tv everyone said was Chinese, wasn’t really Chinese.  Well, of course I was right.  But that alone confused Kung Fu for me in a big way.  But then there were the Kung Fu movie marathon days.  Bad dubbing.  But amazing movies.  And almost all of them made distinguished Kung Fu as something each person had separately, on their own.  Well, and their styles, of course.  Tiger, Lion, Monkey, Drunken Kung Fu, ect.  But Iron Crotch Kung Fu?  Say what?

Read More: Schadenfreude One Of The Top Search Terms in 2020

WANG LIUTAI IS A REAL-LIFE IRONG CROTCH KUNG FU MASTER, AND HE HAS KIDS

Related: Teapot Sitting on English Man’s Shelf For Years Sells for over $1 Million

IN ONE SMALL VILLAGE THERE ARE MANY IRON KUNG FU STYLES, BUT FEWER AND FEWER MASTERS

Wang, and of course his name is Wang, says that he has no fertility problems.  Because if you know how to practice Iron Crotch Kung Fu properly, you will be fine.  But there are several other Iron types Kung Fu styles, all of them in the same Juntun village, which is just outside of Luoyang.  They are all in the same Kung Fu branch, Tongbeiquan.  Juntun has been the center of these practices for over 300 years.  Two decades ago, over 200 people there practiced all the different Iron Kung Fu forms.  Today, there are a few over 20 in total.  And of those, only 5 know how to do Iron Crotch Kung Fu.

So it seems, that there is a tradition to keep alive.  If you’ve got the balls for it, you might want to take a deep breath and, well, take the plunge. 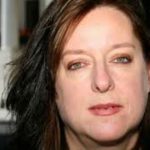 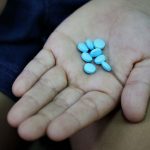