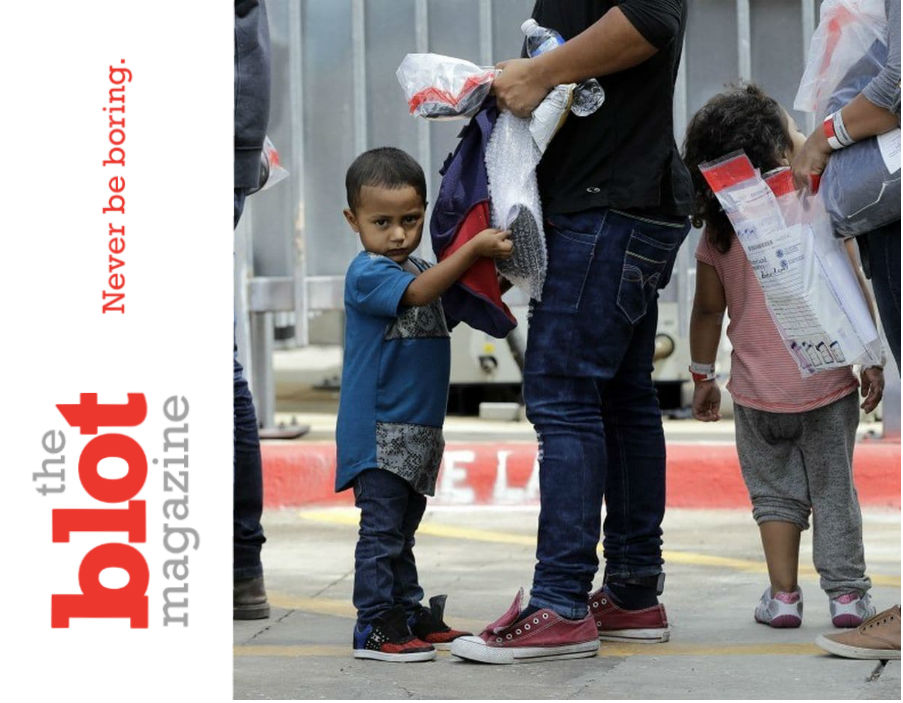 The internet is quite the thing.  There’s so much there, data can feel anonymous.  But for most of us, it isn’t anonymous.  We log in.  We chat, we post.  Sometimes we put a lot of stuff about our lives on the internet.  We comment a lot.  We take it for granted.  But sometimes we also forget to shut the hell up.  That’s when our words become a virtual action that other people notice and we are permanently associated with.  And that’s what seems to have happened with one Oregon  National Guardsman out of Oregon.  This guy said that immigrants are lucky we aren’t executing them.  Seriously, he thinks we should execute these people.

WHY DOES THIS OREGON NATIONAL GUARDSMAN IDIOT EVEN HAVE A JOB?

Ok, I know that this has become a hot button issue.  It should be.  This idea that there’s anything humane, never mind American, with separating kids from their parents is just insane.  It’s a testament to Fox News and Trump having so successfully awoken the racist underbelly of the US that is now showing its spine.  But online commentary and dialogue about disgusting immigration policy or anything else often goes too far, just like the policy itself.  There’s almost this constant temptation for some to be just a bit more offensive than the next idiot.  Or maybe someone just wants to be a troll.

But this time the troll’s name is Gerod Martin, a national guardsman out of Oregon.  He was looking at a fundraising page on Facebook, “Reunite an immigrant parent with their child.”  But Martin has some firm opinions against immigration, it seems.  He wrote, “Waste of money.  They’re lucky we aren’t executing them.”  Gerod Martin is a first class guardsman and has been a member of the national guard for 5 years.  The Oregon National Guard has said he will face some sort of punishment for his public, violent racism.  But they haven’t said what that will be.  Martin’s comment didn’t sway others visiting though; the fundraising page is now over $20 million.