There are people who eat eel sushi and there are people who don’t eat eel sushi.  I don’t really eat eel sushi.  But now I’m pretty sure I never will again.  I’m not sure what you will do after you hear all of this, either.  An unnamed drunk Chinese man went to the hospital.  Why?  A live eel went into his anus all the way and wouldn’t come out.  The drunk man refused to tell anyone how the swamp eel got bot up and in there.  I’m not sure what anyone would expect the man to say.  Once he starts having that conversation, can it go anywhere good?  No. What would you say?  Please just remove it, don’t ask any questions.

SCANS REVEALED IT WAS TRUE, A LIVE EEL WAS INSIDE THIS MAN, BUT HOW?

At first the medics at the hospital in Nanchang, China, weren’t sure what they were treating.  But they took scans of the man’s midsection and confirmed that not only was something in there.  But it was alive.  It was a live eel.  They said that the swamp eel “somehow” squirmed into the man’s body and was stuck there, blocking pretty much everything.  The medics were able to successfully remove the otherwise coastal delicacy and the drunk man in his 40s recovered at the hospital.

CHINA HAS A LOT OF PEOPLE, SO THERE ARE THREE LIVE EEL-IN-A-HUMAN-HOLE STORIES ALREADY

But this isn’t the first time this has happened in China!  Last year a 49-year-old had the same sort of swamp eel removed from his intestines.  But he shoved it up there himself in an attempt to cure constipation.  Ok.  Sure.  But just a month later another man needed treatment for the same situation.  But his was a prank by friends gone wrong.  Yuck!  We have one more eel reference gone wrong in China, “down there.”  A vlogger named “Qi Qi” needed life-saving surgery after an eel in a condom she was masturbating with on a live feed got stuck in her.  Local media called that one “Eel-Gate.”  Let’s hope there’s not a fourth eel up a human hole story anytime soon. 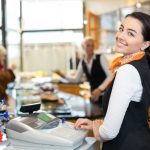 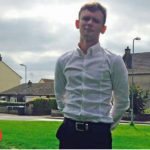