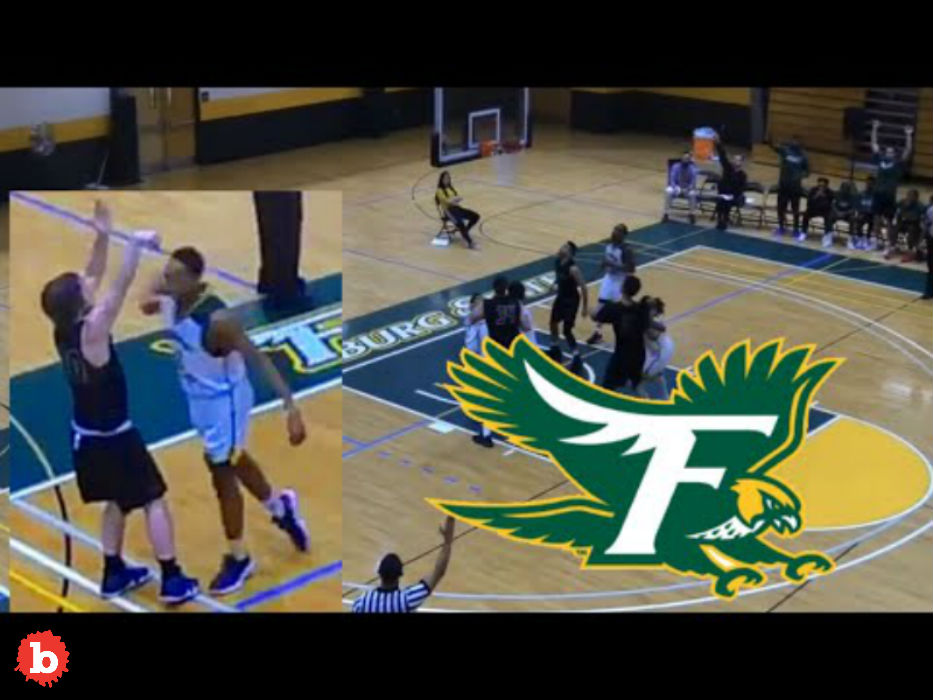 So how cheap does a cheap shot have to be to get banned?  Really, really bad is the answer.  The player is one Kewan Platt.  He plays for Fitchburg State.  And yes, it’s ok if you’ve never heard of the school or their team.  I know a bit about basketball and I’ve never heard of them.  But after seeing this, I’ll never forget them.  They were playing Nichols College last week and as things are wont to do, they went awry.  Platt got a little upset about something or other and took a forearm to Nichols College player Nate Tenaglia.

Read More: This is How College Can Actually Help You Grow Up

Tenaglia had just let a 3 pointer fly from the left baseline and Platt was late closing out.  Platt took a look at the baseline ref nice and quick.  When he saw that the ref wasn’t looking, he immediately clotheslined Tenaglia thru his head, with malice.  Tenaglia immediately went down in agony.  But the following ref just up court saw the whole thing and immediately ejected Platt from the game.  It was dirty.  But as dirty goes, it was DIRTY.  Growing up playing street ball, I saw baseball bats come out of the stands for far, far less.

WILL DIRTY PLAYER EVER PLAY AGAIN?  WILL HE GET TO FINISH COLLEGE ANYWHERE?

So it was so bad that local police have launched an investigation.  Platt was booted from the team and banned from campus, to boot.  Platt commented on Instagram, “What I did is totally unacceptable and not justified in any way.”  But this is one of those things that an apology and acknowledgement just may never cover.  Platt’s basketball career is likely over.  Finishing college anywhere might also be hard.  Video of his cheap shot went viral and everyone, everywhere, was horrified.  So we’ll all have to wait and see what else comes of this totally avoidable situation.

If you’re curious, you can watch the video here. 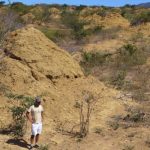