Karma is a bitch.  But she also has a sense of humor.  That is surely the case for what happened in San Lorenzo, California. A would-be burglar or vandal became stuck in a metal grease duct.  But he was helpless in there for 2 days before someone finally rescued him! The image tells it all.  Well, actually, it looks like a body stuck in a kitchen exhaust who got slow cooked for a while.  But fortunately, that’s not what happened to this guy.  The Chinese restaurant hasn’t been open in months.  But that old grease was plenty enough to trap him in the duct.

Police wrote in a Facebook post what happened.  An owner of a nearby business, Igor Campos,  heard someone crying for help.  He said, “I keep hearing this ah, ah and I’m like, ‘Who can it be?’”  So Campos called for help.  When the first responders arrived, they quickly identified where the cries were coming from.  The voice was coming from the top of the vacant restaurant, from the roof vent itself.  That’s where they found the trapped, unidentified 29-year-old man.  But it took firefighters an hour to take out enough sheet metal to reach the man and get him out thru the old kitchen.

AUTHORITIES CONFIDENT MAN NOT SANTA, WOULD NOT HAVE LIVED ANOTHER DAY

Once free, authorities saw that the man desperately needed water.  He also had cuts and bruises all over.  But the sheriff’s office said that “he would not have survived another day given the circumstances.”  So once the rescued him, they took him to a local hospital.  Doctors expect the man to return to full health.  But somehow there was levity as well.  For whatever reason, the Alameda County’s spokesperson for the Sheriff’s Office had something funny to say.  It was that “we can confirm this man was not Santa Claus and did not have legal authority to be here.”

But obviously, the local DA will look at this not-Santa for trespassing and vandalism. 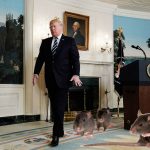 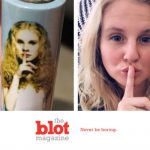