Halloween season is upon us. Single guys and girls are finding ways to make “sexy” versions of everything from bunny rabbits to tollbooth workers. Work friends are asking you who they look like. Your Type-A friend is trying to establish the definitive group costume … Inevitably, someone will find a totally awesome costume that will have you reaching to take a selfie. It just might happen to be based on some of the most newsworthy or topical pop-cultural references of 2014.

Here is a sampling of some of the most offensive Halloween costumes that can make you the most talked about person at your party.

One of the most shocking news stories of the past few months has been the controversial video of Ray Rice assaulting his then-fiancee/now-wife Janay Palmer. Why not educate partygoers about the perils of domestic violence with your costume? You can be Ray Rice just by dragging a blow-up doll around the party looking harassed. Or you can spray paint a paper towel roll or lightweight pole and put it in a teased-up wig and be Janay. Apply a little facial bruise makeup and boom, pow, you are Janay Palmer after the elevator. Bear in mind, do NOT wear black face. That’s not offensive — that’s just being a dick. The best part is when someone reacts with righteous indignation, you can provide them with a pamphlet or statistic about domestic violence in America. Boom, pow, you are a walking PSA.

Speaking of PSAs, if you want to take a portion of the sting out of the actor’s suicide, why not address the fact that one of America’s most lovable comedians killed himself in a fairly brutal fashion? Simply dress as your favorite Robin Williams incarnation and accessorize with a noose. You could be Mork from “Mork & Mindy,” the genie from “Aladdin,” put on a red nose like “Patch Addams” or go full-on “Mrs. Doubtfire.” You may also elect for zombie makeup. Any one of these gets the point across. You may want to skip adding the excrement that inevitably follows a death by suicide … after all, who wants canapés if you’re making scat jokes?

Rivers was never shy about going for the offensive joke. She would love to know that her death brought a few laughs to Halloween partygoers. A blonde wig, sequined jacket or blazer and a ton of costume jewelry, and you can be the former “Fashion Police” host. You can accessorize with a misplaced throat tube or zombie makeup.

The growing fear of Ebola is sweeping the nation. Why not make light of the hypochondriac tension by dressing like a cowboy with Ebola? Even though, the virus is not characterized with bleeding but flu like symptoms why not go for bloody tears and ears. Wear your favorite cowboy boots and a 10-gallon hat. You can also easily make it a couple’s costume by having a partner in a Hazmat suit.

You can protest this year’s growing trend of police brutality by simply applying a gunshot wound anywhere on your person. If asked what your costume is, simply say you were pulled over for speeding by a police officer. You can add that extra culture commentary by saying it was in Ferguson, Mo., or Columbia, S.C.

The Fault in Our Tum-Ars

One of the most popular films of the year, “The Fault in Our Stars,” focused on kids with cancer. Why not go as the film’s poster-child, Shailene Woodley? Simply apply a pixie-cut wig and oxygen tube. You can also just as easily recycle a Peter Pan costume and just give it that cancer-ific makeover.

If you can get your hands on one of these super-elusive Urban Outfitters recalled sweaters, you might as well go for it. You’ll have a Halloween costume for the next 10 years. Let’s be honest, five years, at most. People barely know about the 1970 Kent State shooting, and apparently 44 years is not enough time to bring a little levity to the tragedy. However, you could get meta and wear it ironically, and say you’re costume is simply “a douche.”

If you want to get twice as much offense and cultural commentary, why not grab a group of friends, get decked out in Washington Redskins gear and say you’re re-enacting The Trail of Tears.

This was the hottest funny scandal of the year. There was that year Angelina Jolie’s leg was the most relevant leg in the United States. Now, it’s Solange’s. All you need is a bob wig, shiny dress and an attached leg. Have the leg pointed out in a high kick. For a bonus points, attach random Jay-Z/hip-hop paraphernalia. Glue on a blinged-out medallion, a broken copy of a Jay-Z’s “Magna Carta…Holy Grail” or a ticket stub from the Barclays Center.

Now you can DIY-yourself to Halloween stardom. Are there any we missed? 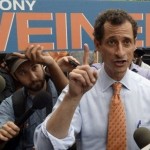 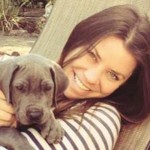