How can a woman win a Senate seat in a red (albeit a little purplish) state like Kentucky?

Start with firing a gun, throw in some college basketball, criticize big government and praise coal.
Alison Lundergan Grimes has a new campaign ad out, and it’s everything right with politics these days. Watch the ad here:

Don’t you just love her nonchalant “pull” as she blasts those clay pigeons with her shotgun? Grimes goes on to say that “she’s not Barack Obama. I disagree with him on guns, coal and the EPA.” Grimes, a Democrat, is running a brilliant campaign to unseat Republican Senate Leader Mitch McConnell. Recently, however, she’s been down in the polls, and many political observers are calling for her campaign to hit the reset button. That’s where ads like the one above come in.

The ad should have Southern political observers salivating. It has everything: guns, coals, guns going off, swipes at Obama and college basketball. Grimes’ mentioning of Duke University should resinate with any Kentucky Wildcats fan. Earlier this year, McConnell ran a much-maligned ad celebrating Kentucky, but instead of featuring the NCAA champions the Kentucky Wildcats, the ad showed another blue-and-white team, the Duke University Blue Devils. Duke, as you may know, sits decidedly not in Kentucky but in North Carolina. A silly mistake, but all politics is local, and it was enough for Grimes to proclaim on Twitter that McConnell is both out of touch and on “Team Duke.”

Though at the moment Grimes is down in the polls, her campaign is giving McConnell as real reason to sweat. All politicos have been predicting Republicans will take the Senate come November, but that’s no guarantee. The trouble? The Democrats have mounted some impressive campaigns, especially two women running in the conservative states of Kentucky and Georgia. In the latter, Democrats put forth Michelle Nunn, daughter of former Georgia Senator Sam Nunn, herself just as impressive as Grimes. And though possibly too bookish to run an ad like hers above, perhaps she should think about it. She’s down in the polls, too, but certainly within striking distance. All the Democrats need is one off-the-wall rape comment, and while Republicans have wised up and moved away from candidates like Missouri’s Todd “Legitimate Rape” Akin, it’s a long way to November, and anything is possible in the gun-totting, sordid game that is Southern politics.

Guns in political ads are nothing new, especially in campaigns to represent states like the Commonwealth of Kentucky. The ad above is certainly reminiscent of another ad from a coal state that ran in 2010. In it, Joe Manchin, himself a West Virginian Democrat running in an extremely close race, ran this spot:

While the ad Manchin ran was criticized at the time for being a little over-the-top, compared to it, Grimes’ ad makes gunplay tasteful (she’s blasting clay pigeons, not paperwork) and does not mention the controversial NRA.

The lesson here? All politics is local, and that location should include guns and basketball. 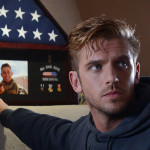 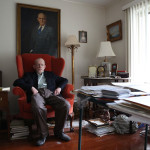