I was an ’80s kid and a ’90s teenager, so I know a thing or two about being a mall rat. Oh, don’t know what that is because you’re an uber-hip Millennial? Well, a mall rat, also stylistically seen as “mallrat,” is defined via Google as “a young person who frequents shopping malls, usually for social purposes.”

There was a time, see, long before you could text your BFFs or Snapchat a provocative duckface pic to your crush, when you could only talk to your friends via a landline phone or — sit down for this one — in person. Quelle horreur!

One of the best places you could hang out with your friends, especially in suburban areas like where I grew up in Northeastern Pennsylvania, was the mall, which truly had its heyday when I was coming of age. The mall was the perfect place, really, to hold court with friends: not so much supervision (save for the rent-a-cops who halfheartedly patrolled the complex looking for snot-nosed kids doing something wrong), a food court with cheap options that wouldn’t break your allowance, a movie theater, stores to dart in and out of and, most importantly, other kids like you, maybe from other schools, who you could flirt or become friends with (or, if they were from a rival school, you could start shit with). And don’t even get me started reminiscing about time spent in the mall’s obligatory arcade. I was, I will have you know, a skee-ball champion.

It was epic, really, the kind of coming-of-age that you see in movies (think 1987’s “Can’t Buy Me Love,” or, better yet, 1995’s “Mallrats,” for example). I honestly don’t think I’d trade in my tween or teen experience for what kids today have. There was just something magical, and albeit a little dangerous, to be so out of touch withe everyone, but it was charming all the same. It was, after all, all we knew. Cellphones and smartphones and tablets, hell, even the Internet and personal computers were still quite a ways away for mainstream society.

Well, those days are over, largely thanks to the popularity and ease of online shopping, among other factors. I’ve seen, and ogled with thine own eyes, all the photos online of abandoned malls, eerily empty and in various stages of disrepair, a haunting glimpse into the pastel and commercialized ’80s.

When I was growing up, there were two malls about 20 minutes away from my hometown of Dallas, Pa. Only one of them remains now. A little further afield, about 40 minutes away, were two more. Both still stand, but one, the Mall at Steamtown in Scranton, seems to be heading in the direction of a soon-to-be ruin. Of the 10 spots available in the food court, only two are rented. Of the 47 available store fronts, 23 are shuttered, reported the local Times Leader newspaper. Some residents are trying to bring an indoor marketplace similar to the Reading Terminal Market in Philadelphia to a section of the mall, hoping to breath a new life into the property.

It’s a tactic that regions across the nation are trying as well, to repurpose dying malls before they fall into disrepair or get demolished. There are roughly 1,200 enclosed shopping centers in the U.S., and about one-third of them are either kaput or close to it, architect and Georgia Tech professor Ellen Dunham-Jones told The Atlantic, adding that 211 centers across the country are being reborn. “Malls are being turned into medical centers, colleges, elementary schools, churches,” she said.

Once such mall, the Highland Mall in Austin, Texas, opened in 1971 and was nearly vacant by 2010. It was painful for employees in the administrative offices of Austin Community College, which were near the shopping center, to watch, so the school ended up buying the mall. “What happens when a mall beings to deteriorate and no longer functions as a mall? … the whole community surrounding it begins to deteriorate,” said ACC President and CEO Richard Rhodes.

Other defunct malls have turned into churches, like the Lexington Mall in Kentucky and the Grand Village Mall in Michigan, while some have become medical facilities. Others have been revamped into mixed-use city centers, like the Cinderella City Mall in Englewood, Colo. Opened in 1968, it had been the largest mall west of the Mississippi River; now it features a light-rail service, residences, a civic center and stores. After the City Center Mall in Columbus, Ohio, closed in 2009, it was transformed into a park that features performance space, gardens and cafes; upscale apartments and retail shops will soon become part of the property.

The often-cavernous space of an indoor shopping mall is pretty perfect for just about any repurposing effort, and the possibilities are endless. For one, a mall would make a kick-ass music venue. Different stores could be home to different genres or music-related retail stores, the food court a perfect place to catch your breath — shit, I might be on to something here … don’t steal this idea, OK?

In the same vein, malls could become performing-arts or art centers with individual theaters or studios in storefronts. Why not turn one into a teen center, since kids obviously are not hanging out at the mall these days, or housing for the homeless? Can you even imagine the quality of life someone in need could have if they had someplace safe and clean to go like a converted mall? I’m sure greedy landowners/landlords could work out pretty hefty tax breaks for such a thing, right?

We have become such a throwaway society, and reading about these many reinvented malls really struck a chord with me. I’d hate to drive down Kidder Street in Wilkes-Barre, Pa., someday and see the Wyoming Valley Mall — which, unlike some of its regional shopping complex cousins, seems to be chugging along just fine these days — crumbling or fenced-in, considering it was my home away from home many a Friday or Saturday night when I was a not-driving-age lass.

Sure, times they are a-changin’, but instead of letting a once-buzzing building like a mall just go or be knocked down in hopes another builder will come along to make that property shine again, doesn’t it just make sense to seek out other options that may have tremendous benefits for a community?

All you have to do, areas with defunct or soon-to-be defunct shopping malls, is just think outside the box … store. 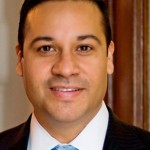 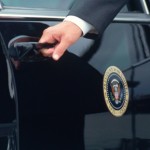