I recently did a piece about the 10 most fun bad movies of all time, but as cries of, “You left out …” erupted, it turned out the post barely scratched the shimmery, icky surface. There are so many fab stinkers worth grabbing a look at that chronicling them could easily become my life’s work. In fact, it already has! Here are 10 more:

I have a soft spot for this Otto Preminger counter-culture “comedy,” mainly because the cast is so sick! Groucho Marx is a mob poobah named God, Jackie Gleason is an ex-gangster and Carol Channing is his ditzy wife, leading the ensemble in a bizarre trashcan ballet that has to be seen to be disbelieved. Add Mickey Rooney, Peter Lawford, Frankie Avalon and lots of hippies, and you’ll see why Jackie looks downright angry at times. There is one truly inspired moment, though: Harry Nilsson did the closing credits, which are sung through and actually very cute. And at least it means the film’s over, LOL.

When Hollywood reflects on itself, it can be blisteringly brilliant (“Sunset Boulevard,” “The Player”) or turgidly awful, as in this film about a cad actor (Stephen Boyd) who routinely steps on people on the way to a nomination. It’s hard to believe the Oscars let this flick use its brand, obviously thinking it would somehow enhance it. Then again, with weirdly cast players like Milton Berle as Kappy Kapstetter and Tony Bennett as Hymie Kelly, plus a truly eye-popping Sinatra cameo, it’s definitely become an unforgettable classic. Of sorts.

Kirk Douglas and Deborah Raffin are a vaguely incestuous father and daughter team, Alexis Smith and Melina Mercouri are mannish lesbian lovers, and Brenda Vaccaro is a sex-crazed magazine editor who has 10 fingers like a mouth and a mouth like 10 fingers. Kirk’s lifelong “parade of poontang” is one of the tasteful topics up for discussion, and David Janssen drops by in a vulgar spoof of Norman Mailer. See it! And seeing it once is not enough.

Lana Turner demeans herself as an ex-actress who fights with her pampered daughter over an inheritance, which leads to all kinds of chicanery and skullduggery. In the jaw-dropping climax, sleazy Johnny (Oscar-winner George Chakiris) and the daughter slip Lana some acid, to make her hallucinate … Well, let me not even try to explain. Besides, Johnny says it best when he oozes, “Maybe there’s no perfect murder, but I think we’ve figured out a perfect freakout.” It almost murdered Lana’s career in the process, though.

Beatles music becomes the springboard for this wacky romp featuring such ill-suited bed partners as Peter Frampton, The Bee Gees, George Burns and Aerosmith, but I kind of enjoyed it, especially when you get to the big Hollywood finale of all-stars. After being unstimulated for so long, you suddenly are frantically darting your eyes around to spot the big names in the closing seconds. Weird.

I like Kim Novak, but she was out of her league playing hard-partying 1920s actress Eagels, though there’s nice black-and-white photography, plus good support from Jeff Chandler, Agnes Moorehead and Virginia Grey. But when Novak is called upon to recreate Eagels’ stage triumph in “Rain,” it is truly to laugh. Not even a drizzle.

A disco busboy’s sexual obsessions provide the crux of this gritty, grainy and actually quite fascinating good/bad movie, which includes priceless shots of the old Times Square, as well as the chance to glimpse the gifts of Hollywood rebel Sal Mineo. Also, Broadway diva Elaine Stritch plays a nightclub owner who comes on to luscious, young Juliet Prowse, then acts dementedly defensive when rejected. And being a predatory lesbian in 1965, she immediately has to die, of course. Moments after her flagrant advance, Stritch is strangled by Mineo and his silk stalking. Amazing shit.

As IMDB puts it: “A desert family offers a traveling stranger its hospitality, but the stranger doesn’t realize exactly what they have in store for him.” Add cult actress Susan Strasberg to the mix, and you’ve got a good/bad winner, especially when you consider that the matriarch of the family is played by the inimitable T.C. Jones. Who’s a man.

This quartet of exploitation flicks starts with the premise that Molly is a heroic teen prostie who foils all sorts of criminals. What more do you really need to know? 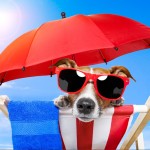 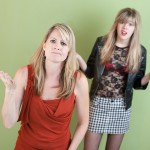