Manicures and pedicures are a thing all over the West.  Actually, they’re a thing all over the world.  But people know that a great salon is hard to find.  That’s especially true to find the right technician who knows what they’re doing and has good people skills to boot.  Yes, I said to boot.  So if you love or need the occasional mani/pedi, you know that the most important thing is to find skilled labor.  Then you need to tip them well to make sure they know you appreciate them and you can come again.  But for the 21-year-old woman, Krystal Whipple, she took the opposite route.  She skipped out on her $35 manicure bill and it turned into the murder of a salon owner, Ngoc Nguyen, 51.

Read More: The Oldest Bird in the World, Wisdom, Just Laid Another Egg

SUSPECT TRIED TO SKIP ON $35 BILL, THEN RAN OVER AND KILLED SALON OWNER WITH STOLEN CAR

Whipple just didn’t want to pay.  So she skipped out on the tab.  But when the salon owner chased her outside over the unpaid bill, Whipple ran her over with a stolen car and killed her.  This tragic and stupid story happened two weeks ago in Las Vegas.  But now we have new news that authorities have arrested Whipple in Arizona.  But the take down involved police, Phoenix fugitive hunters, county investigators as well as FBI agents.  They got her into cuffs in the Glendale area, a suburb of Phoenix.

POLICE, FUGITIVE HUNTERS AND FBI ALL COORDINATED IN TAKE DOWN OF COLD BLOODED WOMAN

The murder became national news after Vegas police released a plea for help on the internet.  They identified Whipple and showed a lot of footage of her leaving the salon on December 29th.  Whipple allegedly tried to pay with a fake credit card, said she was getting cash from the car and then drove away.  Nguyen went to the front of the car, while a man now identified as her husband tried to hold the car from the rear.  He literally watched his wife die in front of him. Horrible. 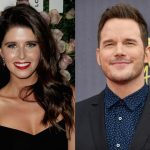 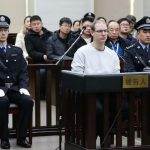