WORLD SPAT GETS DEADLY AS CHINA SENTENCES CANADIAN TO DEATH

So China and Canada aren’t on the best of terms today.  You may have heard that Canada arrested a business executive.  But China really, really didn’t like that.  So China has just upped the ante in a high stakes game.  How?  After a really strange retrial, a Chinese court has sentenced a Canadian man, Robert Schellenberg, to death for alleged drug smuggling.  Schellenberg has already been in Chinese custody for the last 4 years.  But an earlier court ruling gave him a sentence of 15 years late last year.  So it’s not hard to say that this is very, very weird. It’s a major, international spat. But why is this happening? Politics, that’s why.

So Canada had arrested the chief financial officer of Huawei Technologies because of allegations her company violated trade sanctions in context to Iran.  Canada arrested Meng Wanzhou at the request of the United States.  Meng is currently free on bail in Vancouver.  But she is not allowed to leave Canada as things continue to heat up.  So the new sentence for Schellenberg after a second trial is testament to relations getting ever hotter with no end in sight.  China is essentially saying, Ok, now there’s an “end date” to Wanzhou’s detainment in Canada.  Schellenberg is a hostage in everything but name. These games make travel unsafe. For everyone.

IS THE U.S. TO BLAME, OR EVERYONE INVOLVED?

So who deserves sympathy here?  If the US wants to play trade politics with any travelling corporate executive, those people’s respective countries are not going to take it laying down.  But who is the chicken here and who is the egg?  Schellenberg has been in Chinese custody already for 4 years.  He told the court in China this week, “I am not a drug smuggler.  I came to China as a tourist.”  Schellenberg had hired a translator a friend recommended for his trip.  But that translator was connected to an international drug-smuggling ring.  But China has also detained two more Canadians since Wanzhou’s arrest.  So stay tuned. This isn’t going anywhere good. So be careful when you travel, eh? 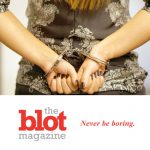 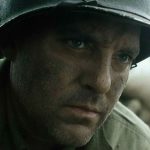