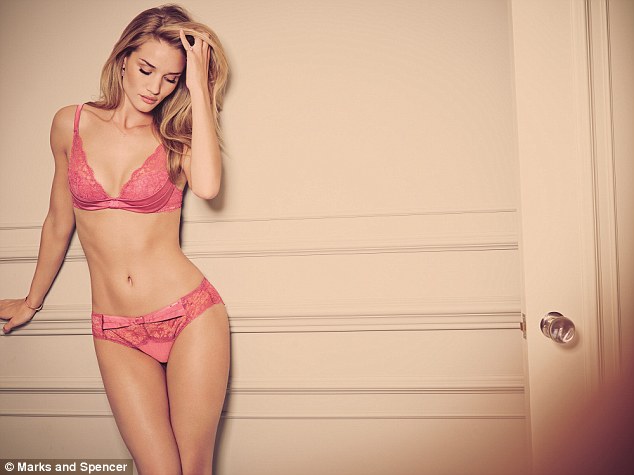 Inequality for models is forever

Here’s a quandary. In most pursuits of life, men make substantially more than females, except when it comes to the modeling business. Why, you wonder? Let’s find out and see if that may shed some light for us how females may actually not be as disempowered as they like to tell us.

It all came about last week, when The Huffington Post chose to release an article lamenting the fact that, yes, top female models earn more than top male models and maybe, just maybe, females ought to be concerned about that since we all endeavor to live in a society where no gender discrimination exists. I know — wishful, isn’t it?

But even more wishful when it comes out of the fashion rags who insist that they are on the team for equality — female equality and empowerment, that is.

But let’s not race ahead of ourselves just yet.

The Huffington Post article says: “You may not know Sean O’Pry’s name, but you’ve certainly seen his face. The good-looking guy has starred in campaigns for Calvin Klein, Dolce & Gabbana and Ralph Lauren, and today, Forbes named him the world’s top-earning male model.

Yet O’Pry’s bounty seems paltry when compared to his female competitors’ share. Gisele Bündchen, who has nabbed the top female slot for seven years straight, earned $42 million in the 12-month period Forbes assessed, while O’Pry made a mere $1.2 million in the same time frame.”

From there we’re led into a quandary as to how this all could be. And frankly, as a former male model myself, I have always wondered why I made far less than my female peers when I got to appear in a fashion editorial or runway shows. I was just told that’s the way it is. That was over 23 years ago, but of course nothing has changed. But why?

The Huffington Post went on to pontificate: “Indeed, male models’ experiences within the industry are discussed with far less frequency than their female competitors. Modeling, it seems, is the one field where the ‘glass ceiling’ experience women face is flipped, and men struggle to be taken seriously. As former model Aaron Johnson told HuffPost blogger Jill Di Donato, ‘Anytime I would try to talk about my ideas or ambitions … I was treated with a proverbial pat on the head and a patronizing smirk. There’s such a huge stereotype of male models being brainless.'”

Well that’s a start, the imbalance between what top female models and top male models earn is actually now on the radar. Never mind that the conundrum has existed ever since I can remember. Yet at least there is an effort to address the issue. But damn, I am a smidgen offended to think all you females think us male model types are a bit on the soft side intellectually and thus not deserving to be paid equal rates.

Who knows, maybe society doesn’t like the idea of men as eye candy. That’s traditionally been the domain of women, because we have to remember that men bring home the bacon and women are supposed to just smile and look damn pretty. And of course the prettier she looks the more she is perceived to be worth. Hence the bidding for her worth and her looks (no, her accomplishments really don’t matter so much, thank you, well not to everybody yet …) begins.

A man, on the other hand, should never be taken seriously if he affects to look good. That’s the traditional preoccupation of females. Men are supposed to make the money. Men are supposed to acquire and retain power. By creating things, building things. They’re not supposed to care about their appearance, well at least get paid top dollar for them anyway.

And here’s this bogus reasoning that inflamed my gills:

“Another factor that sets female models in a class above: personality. ‘Everybody wants to know the models,’ Rosie Huntington-Whiteley told the Guardian last week. ‘It’s more expected now for supermodels to be smart, to have opinions, to have a personality.'”

So let me get this straight. A female can have personality in the general workforce and be as equally competent in her field of work but get paid less than her male equivalent. Yet somehow now as a top model, her personality is worth more and thus commands a premium. Kids, do you buy that?

Let’s see what one group known for lamenting men’s lot and purportedly exposing myths and discriminatory behavior towards males, reddit’s mens rights, had to say about all this.

Ok. I am not a fan of “pay parity.” You get what you’re worth. Attractive male models aren’t used to sell that wide a range of products. Look at any male OR female magazine and check the adverts. Beautiful women are used to sell the majority of products to both men AND women and are usually the center of the ad. With more adverts needing women, there are more opportunities for models. This means to attract top female modeling talent, you need to pay more, since there are an abundance of other opportunities.

So that’s interesting. It might not have all that much to do with female fashion editors hating on us male types but more with the fact that society and the industry’s predilection towards selling to the predominantly female-biased end consumers — the female.

And then there were these thoughts too:

It is but it seems there is lack of critical thinking here and people rather get on the bash train here and say Huff Post is man hating when there is zero evidence here of that.

What do you expect? HuffPo has a Women page, a third metric page, but not a Men page. But, they’re for gender equality, you see????

Ouch! So is the fashion world for gender equality? Do female editors and fashion designers who inevitably hire talent really care about making sure that male models get paid as well as female models?

The point is that if they were discussing a field in which men vastly out-salaried women, they’d be calling for immediate action. It is pointing out the irony of that and indicating that that irony shows that HuffPo is a misandric source of misinformation.

Female models are paid more because male patriarchy has objectified them and turned them into sex-objects for the benefit and pleasure of men.

Well let’s hope not all males objectify women, yet one can’t help but wonder about a society that does insists on placing a premium on women because of her looks and not so much on her talents, intellectual being or general accomplishments.

Perhaps, if anything, the fact that female top models are paid more than male models may have more to do with society’s insistence that a woman ought to be paid a premium if she looks a certain way. That is after all how society reminds us when women are to be adored and valued. Sad, right? We ought to appreciate her for her intellectual prowess and accomplishments, but that doesn’t seem to matter as much.

Which is all a roundabout way of saying that women are often perceived to really only be worth anything if they look a particular way (isn’t that why you females starve yourselves to oblivion and spend a gazillion on looking good?), which if anything reinforces the gender discrimination against females, not against males, making it inevitable that top female models make far more than top male models.

Yet before we go on and just plant the diverging pay scales on gender socio-theory, let’s not forget that there are a lot of top female models earning the money that they are making because they have also managed to become their own marketable commodity and brand. Ever heard of the term “supermodel”? It’s no coincidence that term is only in reference to name-brand female models and not males. Names such as Naomi Campbell, Kate Moss, Cindy Crawford, Christy Turlington, and today’s It model girl, Cara Delevingne, are just a few of a top 40 of female brand ambassadors, something most male models never manage to get close to accomplishing or being perceived as.

Quick: name three top male models off the top of your tongue. You can’t, can you? Don’t worry, neither can I and neither can most consumers. Which once again ought to tell us why female models rake in far more honey than us boys.

Then there was this reader observation via Huffpo from someone who must have once been a male model themselves, that made me sigh and reminiscence over my former glory days and remind me why in fact I eventually got out of the industry after four years of generally being broke, like all my other male model peers:

Male models make less, because there are fewer avenues of revenue for them. A top female model can get paid up to $100K for a personal appearance in Asia, appear in ads for luxury brands sold only in South America, and not to mention the amount of money they make from cosmetics and perfume contracts. Male models can only sell clothes–and every now and then they’re used for a cologne (until an actor snags the next campaign). Additionally, there are more male models than jobs, so it only stands to reason the opportunity to make millions is simply not there. 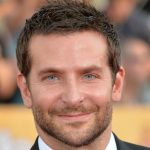 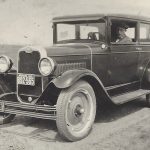