So I use the phrase at least several times of year.  What did you have on your Wheaties?  You know, when someone has too much energy, or seems to perform at a much higher than usual level.  To be fair, I’ll likely keep using it for years to come.  But now, my Wheaties saying finds itself in the crazy long shadow of Frosted Flakes.  Yes, frosted Flakes.  Sure, I loved them something fierce when I was a kid.  I mean, sugar!  But just like Coca Cola’s original recipe, we’re talking about some special frosted flakes that the feds seized in transit in Cincinnati.  Because these flakes bore the frost of the White Lady, aka cocaine.

So it seems that drug smuggling has had to greatly expand on its already deep repertoire of creative delivery.  Maybe it’s the pandemic.  Or, maybe, the market can simply bear it.  Because you can bet your last kilo that this wasn’t by any means the first Frosted Flakes that went thru international mail as a cocaine delivery.  This particular parcel came under the nose of Bico, no relation to Peter Gabriel.  Bico is a dog who smells out and finds drugs, working with the US Customs and Border Protection agency.  His nose knew this parcel as a suspicious item a few weeks ago, on February 13th.

COCAINE FROSTED FLAKES WORTH ABOUT $2.82 MILLION ON THE CARTEL CEREAL MARKET

So as you might have guessed, the package as cocaine Frosted Flakes parcel came from South America.  But what a parcel it was!  We’re talking about 44 pounds of cocaine cereal.  So even though cereal has always been insanely expensive, just how much was this cereal worth?  A nice tidy sum of $2.82 million.  As a certain tiger once said, They’re Great!  So where were these Frosted Flakes going?  A private residence in Hong Kong.  Whoever they are is sure to find this interception disappointing.  But I’d say, it’s a total downer.  Especially when the police show up.  Get down! 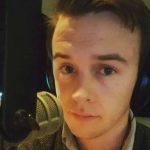 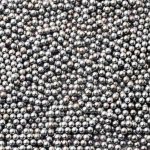