“Drug Lord: The Legend of Shorty” is a fascinating documentary about Joaquin “El Chapo” [Shorty] Guzman, the 5-foot-6-inch drug lord who was the first person dubbed “Public Enemy No. 1” since legendary gangster Al Capone.

Every year since 2009, Guzman has been ranked by Forbes magazine as one of the most powerful people in the world. He’s also at the top of the list of billionaire drug lords and referred to as the CEO of the Sinaloa cartel.

“The junkies of the world fall at his feet” sings one of the many “narcocorrido” songs in the movie. Narcocorridos are ballads about drug smugglers, and the songs in the film, often amusing but with a dark undercurrent, were all written by Jackson Scott for the purpose of telling this story.

Guzman was first captured in 1993 in Guatemala, extradited, then sentenced to 20 years in prison in Mexico for murder and drug trafficking. In 2001, he was the first man to ever escape the federal maximum-security facility. As the story goes, it was via laundry cart.

He was a free man on the lam for another 13 years. Then, just two weeks before Angus Macqueen and Guillermo Galdos’ documentary premiered at SXSW in March, Guzman was arrested. The timing is rather curious.

Dorri Olds: Do you feel you had something to do with Guzman being caught right before your movie came out?

Angus Macqueen: I would be far too grand to ever say that, and I think it would actually be quite dangerous for me to say that, so, no. Did the authorities know that El Pais, the Spanish newspaper, came out with an article about us in the beginning of this year that said what we were trying to prove and was there a point at which Chapo had become an embarrassment because he’d become so big and it was becoming so public? Yes, probably. Were we part of that? Maybe.

So they knew that they were about to have egg on their face?

I wouldn’t make that claim myself, but, yes. It was a ludicrous situation. The other thing one needs to ask is whether or not the capturing of El Chapo went exactly as described. My temptation is to think, as do most people I know in the area, that the story as told just doesn’t add up. The likelihood is that some deal was come to. It was time for him to go inside of some prison. The thing that would prove that wrong is if the Mexicans had extradited him to the United States, but there’s no sign of them doing that.

Why would they do that?

They should because the Americans want him. He’s public enemy No. 1 in Chicago. He’s accused of enormous crimes in the United States. Why shouldn’t he be extradited? He should be.

What I meant was, why would the Mexicans want to extradite him if they, too, had a problem with him?

Everybody had a problem with him. People in the U.S. Drug Enforcement Administration (DEA) knew exactly where he was — four miles from his mother’s house.

Do you think the American government knew where Osama bin Laden was before he was caught? I mean, he was 6-foot 4-inches and on a kidney dialysis machine. How hard could he have been to find?

Well, he hid himself away very well, and he did not use any modern communications equipment. I’m no expert on this, but I do think he was probably given protection by the Palestinian authorities. Chapo’s case was different. He was running a drug empire. From the moment of his escape from jail until now, he was out for 13 years and built one of the biggest drug empires — way bigger than Pablo Escobar’s. You’re working when you do that. He did it through a whole range of established structures, and to some degree, he was a front man, but he was communicating to people all the time while he was in prison.

Who was he a front man to?

He has partners in the Sinaloa cartel who are continuing to run it. His arrest has no impact on the amount of drugs on the streets of the United States.

Mexicans constantly see bodies hanging, bloodied, beheaded — what do you think that does to people? Are they just numb?

Yes. Some of Mexico operates as if it’s entirely normal. It takes a while to register how corrupt the country is. The collusion between the drug cartels and the government is total. It’s not that there are a couple of bad apples. It’s almost the other way around. Especially in Sinaloa, Sierra, Tijuana, Laredo — this is where the smuggling money is so big that everybody is corrupted by it. The argument was, “This is just drug people killing other drug people.” The problem is that that’s not true. The violence is pervasive. As you see in the film, just driving along a road, you see dead bodies.

I love to read about crime and watch violent movies. While you are filming these things, did you feel like you were rubber necking?

The idea of chasing and finding one of the most wanted men in the world was a rather amazing idea. Guillermo and I did it alone. Normally, you’d have a crew, but we literally did it alone, just the two of us, and this other partner who was there, but who we can’t talk about. I wouldn’t call it rubber necking, but were we on an adventure? One that we could hardly believe? Yes. We put out a whole lot of feelers to try to get in touch with El Chapo, and when we got our first tug, we thought we were in a feature film. The first big meeting we had with important people in the cartel — that part couldn’t be on film — involved driving around the town making sure we weren’t being followed, all the usual nonsense that you get from films and enjoy so much. There was a moment when I said in the car, “This feels like we’re in a feature film.” [Laughs] We didn’t have our camera then. It was just us. When we got in that private airplane, we didn’t know where we were going, and we were with this nutter of a pilot, and that was terrifying as well as thrilling. The whole thing was a bit of both.

What new projects are you working on now?

I’ve just come back from the first shoot on an extraordinary project. This past summer, 27 Indians came out of the Peruvian-Brazil jungle naked. These uncontacted tribes said there had been a massacre in the jungle. I’ve just got back from the Amazon where we went to find out what happened. We’re making a film about the whole idea of these last few uncontacted people on Earth. It’s the sense of the last frontier. 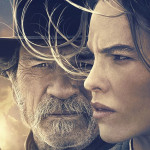 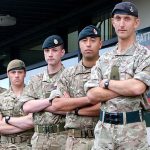