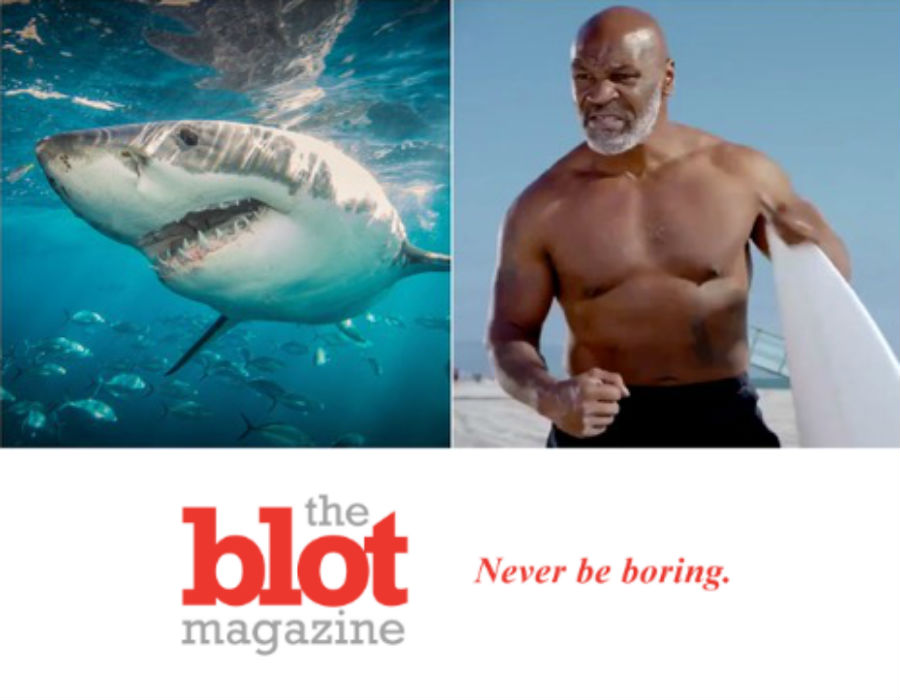 BEFORE GOING BACK IN THE RING, MIKE TYSON GOES UNDERWATER TO PUT SHARK TO SLEEP WITH NOSE TICKLING

So Mike Tyson is making a comeback.  You may have already heard that news.  Geriatric boxing is in vogue these days.  I must say, I’m kind of interested.  But also will be horrified if any of these old goats get seriously injured.  I mean, it’s boxing.  And Mike was Iron Mike for a reason.  But iron can get brittle with age.  Just ask the Romans.  Anyway, Mike Tyson is facing some fears in the field first.  And by the field, I mean the oceans in the Bahamas.  He went for a dive with sharks and put one to sleep by tickling its nose!  Mike confirms he was kind of terrified.

BEFORE NOSE TICKLING, THERE WERE OTHER STEPS, LIKE THROWING UP BEFORE THE DIVE

Mike?  Scared?  I mean, this guy seems fearless.  He even married Robin Givens.  But I guess she falls into the barracuda category.  Hey, that’s fair.  I still feel bad for the guy.  She was bad news!  No tickling there…  But sharks?  Sure, I’m scared of them.  And I’ve even seen them in the wild, on both sides of the water.  Not on purpose!  But Mike took on the challenge for Discovery Channel’s Shark Week, in style.  If a little shaky perhaps.  Mike maybe kind of threw up a little before the dive.  But hey, some amazing pros did that before every game or match.  And won.  With nose tickling.

WE’LL CALL IT AN UNDERWATER TKO BY SCIENTIFIC NOSE TICKLING, WHERE’S THE BELT?

And Mike Tyson did just that.  So he’s now 54 years old, which makes me feel old, too.  But Tyson vs. Jaws is a 1-0 count for the former champion boxing great.  Sure, he had a warm up first with some lemon sharks and a diving cage.  Who wouldn’t?  He didn’t get that for Robin Givens.  Then, Mike did a dive where he learned to push the sharks away if they got too close.  Yikes!  Power roundhouse?  Nah.  And finally, Mike went underwater and grabbed a shark.  Yes, he grabbed a shark.  Then he tickled its nose until he put it into “tonic immobility.”  So that’s right, it went to sleep.  Mike put it to sleep!  His first underwater TKO.  Seriously, we’re talking about Mike Tyson and tickling! 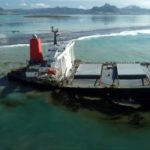