So New Year’s doesn’t always bring out the best in people.  Well, to be fair, idiots come out for almost every holiday to do stupid and dangerous stuff.  But this one is kind of special, and I think you’ll agree.  Police in Pakistan had to arrest an idiot who dressed up as a werewolf to scare people.  Even better?  It was an idiot werewolf driving around on his motorcycle scaring people on New Year’s Eve.  I’m not sure where that brilliant idea came from.  But who knows?  This pandemic is making stupid people even stupider.  Or, maybe, he has Covid dementia?

The dumb ass kid that I was thinks this is kind of funny.  But, as you know, kids sometimes don’t identify stupid ideas as sufficiently stupid.  So far, we still don’t know who this particular motorcycle, idiot werewolf terrorist is.  But we do know that he is a resident of Pakistan’s Peshawar city, in the Moti neighborhood.  He was riding his motorcycle around town, roaring at people unexpectedly and scaring the hell out of them.  It was the Shah Qabool police who caught the wayward holiday wolf prankster.  As you can see, police had a little fun, as the picture above shows the suspect in disguise.  Well, and chains, too.  Bad doggy.

WHAT WERE THE IDIOT WEREWOLF’S MOTIVES? BEING STUPID IS AT THE TOP OF THE LIST

We still don’t have any word from authorities as to what the idiot werewolf’s motives were.  But I will be curious to see what the charges will be, exactly.  But since the story and the picture are so stupidly provocative, people are chiming in with some common themes.  Like, sure, the guy is a total idiot.  But since he’s wearing a mask during the pandemic, doesn’t that show a certain level of responsibility?  And, well, there’s also the theme of it’s a dog barking.  You know, but not biting?  I, for one, hope that this is a teen.  For obvious reasons.  Pakistani idiot teen werewolf.  Literally. 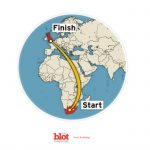 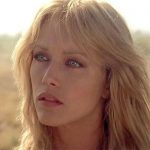