So about a month ago, there was a swingers festival in New Orleans.  The name of the sordid horny event was Naughty in N’awlins.  And, to be fair, that’s a pretty good name for a swingers festival.  But, again, this one happened just last month.  In the middle of the pandemic that has changed the world for the worse, if not worst, that we could imagine.  Having sex with multiple partners is a recipe for disaster in a pandemic.  Virgins know this.  But, somehow, a bunch of swingers are finding out the hard way.  Because they went to Naughty in N’awlins, 41 people (so far!) have Covid-19.

So, considering that only 250 swingers went to the big sexy time, event, we’re talking about a LOT of infections.  And, to make things even clearer, we totally suck at contact tracing in the United States.  And yes, there may be a pun about contact tracing and mass, casual sex.  But because we don’t contact trace well, we have no real idea who else these 41 swingers(so far!) came into contact with.  And, not for sex.  Travel, grocery store, etc.  So just like the now obviously insanely stupid biker rally, selfish and self-involved idiots are putting thousands at risk.

SWINGERS WERE CAREFUL UNTIL THE LAST DAY, LET IT ALL HANG OUT INTO COVID INFECTION

But hindsight is a bitch.  And I’m not talking about scoping folks behinds in a fun way.  Even Naughty in N’Awlins organizer, Bob Hannaford, has a clear understanding of reality.  Well, now anyway.  He said, “If I could go back in time, I would not produce this event again.”  You think?  According to him, attendees were super diligent about safety the first two days of the event.  But then, they essentially said, screw it (literally), and had a ton of unsafe fun with other swingers.  And that’s where most of the infections likely happened.  So remember swingers and squares alike, it’s not the 99 days you do a good job.  It’s the one day you don’t. 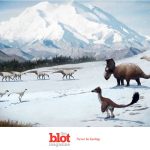 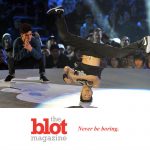