So this is some sad, sad and confusing news.  Tanya Roberts has passed away.  We don’t know yet if Covid made an infection she was fighting worse.  Tanya Roberts was a gorgeous and talented actress who was in Beast Master, Charlie’s Angels, That 70’s Show and was, of course, a Bond Girl as well.  She collapsed on Christmas Eve and went to Los Angeles Cedars-Sinai Hospital where doctors placed her on a ventilator.  And in the next week, her condition didn’t improve.  So much so, that the news broke on Sunday that she was dead.  But then on Monday, she wasn’t dead.  Because she wasn’t.  And then, that same day, she actually died.

Read More: Still Sad That Neflix Cancelled The OA? Me Too

TANYA ROBERTS WAS ILL SINCE CHRISTMAS EVE, BUT WHY THE CONFUSION WHEN SHE DIED?

Sound confusing?  Well, that’s because it is.  Details remain sketchy as to how the confusion happened.  Her partner, Lance O’Brien, was sure that she was dead on Sunday.  Without speaking to medical staff at all.  Then he told Tanya Roberts representative, who then went and confirmed it to media.  So the media said she was dead on Sunday, as well.  But just the next day, her representative said no, she’s alive.  But then she died hours later.  If that sounds like a total, confusing mess, that’s because it is.  But now, it’s definite.  Tanya Roberts is dead.

Related: There Will Be a New Beastmaster, As the Original Master is Lost

AFTER AN INCREDIBLE CAREER, TANYA ROBERTS HAD MORE TO SHOW US AND WILL BE MISSED

So I’d like to make this about how she had an amazing career, with incredibly diverse rolls.  How she was a total, absolute bombshell. So much so, that her early career was simply being hot.  Well, at least in terms of marketing.  Strong, deep character roles for bombshells weren’t too common back in the 1980’s.  I have to admit being really surprised at how amazing she was on That 70’s Show, with amazing timing and delivery.  So for now, I’ll try to shake the weirdness of whatever confusion there was about the announcements of her passing.  I’ll be missing whatever we had yet to see, and now never will. 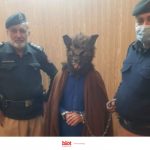 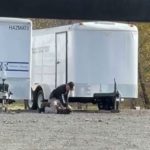