Rick Gruber, a pool man in Phoenix, Ariz., found a drowning squirrel facedown in a pool. He scooped him out and began giving it chest compressions with his thumb and forefinger. It took an hour of dedicated squirrel CPR to clear its little airways, but the end result was a saved squirrel. Gruber told CNN he didn’t give the squirrel mouth-to-mouth resuscitation because he didn’t want to get bitten or catch anything. Good thinking, Grubermeister.

I don’t even like squirrels. When I was five, a flying squirrel soared out of a Chicago closet and bit my 8-year-old sister. It became a memory implanted in my head. She’d opened a door and the grotesque bat-looking thing dove for her and sunk its teeth in. She had to get painful rabies shots, and the whole thing probably left her scarred for life. It terrified the hell out of me and left me with a permanent note to self, “The world is a scary place and watch out for flying squirrels.”

As my childhood continued, we moved to Long Island where my father spent a lot of time grumbling about squirrels digging up his lush, emerald-colored lawn. I believe Dad’s exact words were, “Jesus H. Christ, those goddamn squirrels.” Eventually the holes got so bad Dad had to give up and convert the lawn to rock gardens.

When I moved back to my native Manhattan, I was struck by how fearless city squirrels are. On Washington Square Park benches, I remember how close the evil-looking things stood demanding food morsels. “Shoo, shoo” never worked, and I often wondered if one might fly into me and take a big bite.

The dedicated savior Gruber filmed his rescue and posted it to YouTube. As I watched him lay the chlorine-water-soaked beast over a pool noodle and pump its little chest, I got all gushy inside. It restored my faith in humanity. There really are good people in the world who do nice things for no other reason than it’s the right thing to do.

Describing his technique, Gruber said, “I just gently pushed on the squirrel’s ribcage and then squeezed the sides thinking at some point I’m going to find his lungs.”

As Gruber stroked the little beastie’s fur, pressed on its body and spoke to it in a soothing voice, the squirrel finally showed signs of life. He began to breathe on his own. Gruber took off one of his pool-guy kneepads, laid it on the ground, and gently placed the near-dead animal in the makeshift basinet.

Finally, the furry fella opened his eyes, and Gruber cooed, “I know you probably feel like crap, you were just dead.” The beastie managed to get back onto its claw-like rodent feetsies and ran off into the wild. As he darted off, Gruber said wistfully, “I hope he doesn’t get eaten by a snake.” 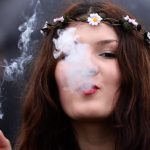