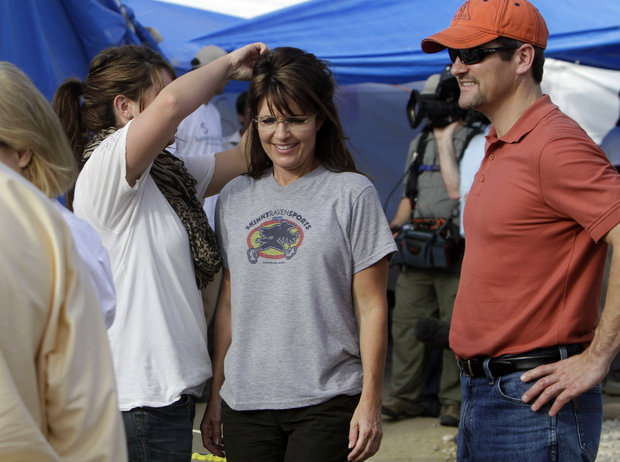 A rented white hummer limo? Did someone say glamour?

Well, if you didn’t know by now, last month the entire Palin family was involved in 20-person drunken brawl at a snowmobile party.

I’ll let that settle in.

Up until yesterday, details were sketchy. All we had to go on was an Alaska political blogger, who noted that, “Bristol has a particularly strong right hook, which she employed repeatedly, and it’s something to hear when Sarah screams, ‘Don’t you know who I am!'”

Classy stuff. Again, details of the melee were sparse, that is, until yesterday, when the Anchorage Police Department released the entire police report from the night. Here are some of our not-to-be-missed passages.

Bristol “appeared heavily intoxicated and upset.” And when confronted by police, she said “they were at a birthday party and her younger sister Willow Palin told her an older lady pushed her. Bristol said she went towards the woman to confront her about pushing her sister. Bristol said the owner Corey came up to her and pushed her down to the ground. Bristol said Corey called her a “slut” over and over. Bristol said someone then pulled her around on the grass by her feet. Bristol said then someone stole her shoes and sunglasses.”

Bristol is a Scrapper

When the police arrived, they found a belligerent, bloody and shirtless Track Palin, who according to witnesses, started the whole thing. A witness added that Track “got beat up in the fight and that then Bristol told Korey [now Korey with a “K”] that she was going to beat the bitch up and that Korey told her that she wasn’t going to start a fight at his house and that Bristol told him that he didn’t have control and that she was going to punch Korey. Korey told [Bristol] to go ahead and punch him and she punched him in the face and Korey told her to hit him again on the other side of his face and she did so a few times before Korey finally stopped her. He said that he then sat her on her ass and told her to leave.”

Don’t Ask the Palins to Leave. They Won’t.

According to one witness, once the fight started, “people started ‘piling’ on Todd and he got that problem solved. He told Todd to get his ‘crew’, get into the limo and leave.” That same witness went into the house to collect the Palin women. The witness “saw Bristol punch Corey (back to Corey with a “C”) in the face six times and he just stood there. At that point, a ‘buch (sic) of wives tackled her ass.’ The witness went on to say that “Todd and Sarah Palin where (sic) there asking what happened.” The witness again told the Palins to leave. “Nobody listened and yet another fight started.”

Wow. The whole thing reads like some white-trash Olympics. In defense of Bristol, Sarah did take to her Facebook page, her own rickety social-media soapbox where the “lame stream media” can be blamed for everything, apparently.

“I love my Bristol!” the former Republican vice-presidential nominee wrote. “My straight-shooter is one of the strongest young women you’ll ever meet. I have to say this as a proud mama: right up there with their work ethic and heart for those less fortunate, my kids’ defense of family makes my heart soar!

“As you can imagine, they and my extended family have experienced so many things (liberal media-driven) that may have crushed others without a strong foundation of faith, and I’m thankful for our friends’ prayer shield that surrounds them, allowing faith to remain their anchor.”

That post has since been taken down. But for those of you who turn to the ex-half-term governor for spiritual guidance, she did share a favorite Bible verse on Sept. 23., Ecclesiastes 8:15, which in part reads, “because there is nothing better for people in this world than to eat, drink, and enjoy life.”

Oh, honey, you and your clan have that covered. That’s for sure. 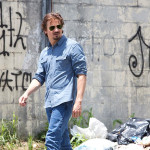