They say these things come in threes, and they usually do: celebrity deaths happen in odd yet somehow linkable trios.

Musician Lou Reed, director Hal Needham and voiceover actress Marcia Wallace all died within a 36-hour window around the 27th of October. They were all big names in their own fields. What could be said about Lou Reed could fill a book, but the dude basically defined New York Cool for decades and was the founding member of perhaps the most influential band ever: The Velvet Underground. Hal Needham directed countless Southern-themed comedies that have stood the test of time, including “Smokey & The Bandit.” Marcia Wallace was perhaps best known as the voice of Edna Krabappel, the reluctant yet frank teacher of “The Simpsons,” for the last 20 years. On last night’s episode, she was honored by a brief message during the show’s famous title sequence — a teary-eyed Bart Simpson writes “We Will Really Miss You, Mrs K” on the chalkboard before skateboarding out of the classroom. For anyone who’s been a longtime fan of the show, this brief sequence was a jarring reminder that the shows we enjoy ultimately transcend the television or medium and become very real forces in our lives.

The death of a minor TV celebrity ultimately means a death of the character that we’ve come to know, too. Current American media has a hard time dealing with death; one could justifiably argue that thanks to the BuzzFeed-ification of the Internet media, when someone dies they are ultimately turned into a meme: passed around for a few days or weeks before being handed off for the next object. For a while, we’re bombarded with constant reminders of that person and their accomplishments, but grieving on social media is tantamount to pissing into a river. Simply put: I don’t know if objectification is the best way to deal with death. Death is a personal process for each of us, not a buffet of emotion that all are free to take from.

Red Eye’s Ernest Wilkins wrote an excellent piece on the grieving process in social media, citing 12 very visible steps that web culture seems to partake in every time someone dies. From TMZ to the inevitable cash-in, it’s an interesting read.

If I may concentrate on the Marcia Wallace death for a second (I could go on for pages about Lou Reed, but that’s perhaps best saved for another time), her death affects not just those that knew her but the countless millions that love “The Simpsons,” and her death even affects the characters on the show. How Homer, Marge, Lisa, and perhaps most importantly, Bart will deal with Edna’s death is going to be interesting.

But how we deal with death on social media needs to be changed, too. A Facebook status update and a half-assed like-clicking is no true way to actively deal with death. One must fine other ways to tribute the fallen ones. 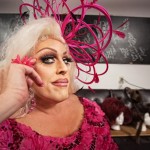 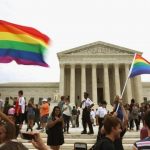