A conversation with Michael Starr and Satchel, the lead singer and guitarist of glam-metal parody act Steel Panther, includes a lot of talk about genitalia and/or STDs. Like, a lot.

It might sound like an off-putting situation for anyone, let alone the person doing the interviewing — that is, if the two weren’t so damn funny and charming.

Those traits come across in the band’s music and videos, like the newly released video “Pussywhipped” from the group’s latest album, “All You Can Eat.” Released in April, the album hit No. 24 on the Billboard Top 200 and gave the band its third straight No. 1 on the Top Current Comedy chart.

Steel Panther — which also features bassist Lexxi Foxx and drummer Stix Zadinia — is currently supporting Judas Priest on the heavy-metal legends’ “Redeemer of Souls Tour,” and the group will embark on a headlining tour of its own come December.

TheBlot Magazine met with Starr and Satchel in the annals of Brooklyn’s Barclays Center last Thursday before Steel Panther’s set, and our conversation went a little something like this:

TheBlot: How has the tour with Judas Priest been so far?

Michael Starr: Not good, the first day, I caught a herpes on my lip …

Satchel: But you already had that.

MS: I know, but it went away, and then I got one on my balls … so the tour started out a little shaky for me, but then I got some Valtrex …

S: It’s been great for me; I haven’t had any herpes or wart outbreaks, and the guys in Judas Priest are awesome, they’re all really fucking cool to me.

S: There’s people that make fun of everything, especially in the Internet age. There’s Internet trolls who like to be haters, but you have to fucking own what you do, and heavy metal is the greatest fucking music ever made by people.

MS: You know The Beatles, right? They were pretty good, but then you have Motley Crue with the distortion and the guitars and cool singing — that’s bitchin’.

Do you approach a headlining show differently than you do a supporting show?

S: We have to do these extra shows because we need the gas money, but when you’re doing a headlining show, you’re playing to your crowd, you know? But here, there’s going to be a lot of people who don’t know who the fuck we are, and we have to rock extra hard to really win them over. Sometimes people are flipping you off, yelling, “Fuck you, I wanna fucking kill you, Satchel,” but I’m used to that because when you’re as good-looking as I am, you get a lot of hate in your life.

MS: They’re jealous of him, man, and I don’t blame them.

S: He gets jealous of me a lot, really.

Well, that singer-guitarist relationship is often a volatile one that drives a band …

S: It’s the kind of push and pull that we need.

MS: I know it sounds funny, but it really does drive the band. I drive the band, he books the flights, so we’re driving the band together.

There’s been a lot of notable guest musicians like Vivian Campbell and Scott Ian on your albums. Who else would you like to work with?

MS: Axl Rose would be cool to have sing on a song. He’d probably be late, but I’d like to have him on.

S: Fucking Rob Halford would be awesome if he could do a vocal solo on a record. That would be rad!

MS: Have you heard my vocal solo solo record? I’m working on it right now.

S: What are some songs on it?

MS: [looks down at this writer’s recorder] I don’t want to give it away. It’ll end up on the Internet.

I’d leak it tonight for sure.

Michael Starr: The lead singer of A Flock of Seagulls, right in the fucking head. I’d hit him so hard his hair would fall.

Satchel: I guess I’ll punch the guitar player from Flock of Seagulls.

What ’80s musician would you like to get drunk with?

S: We’re ’80s musicians, so I’d like to get drunk with Michael again tonight.

S: I’d like to change my choice to the girls from the Go-Go’s, because you know they’re pretty old now and probably pretty loose and ready to fuck.

What was your first concert?

S: Mine was The Four Tops in 1966. I’d just broken up with my first wife. She was a whore.
Editor’s note: Clearly a lie, well, the year part, at least. The ex-wife part could be true. Who’s to know for sure?

What was the last song you listened to on your iPod — or Walkman?

S: We’re too poor to have an iPod!

MS: UFO, “Only You Can Rock Me”
Editor’s note: Both then burst into a brief but delightful rendition of this song.

S: One Direction? They do songs? I thought they were just models.

Steel Panther is on tour with Judas Priest through November; its headlining tour starts in December with two dates in Japan. 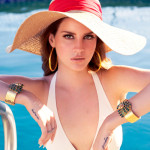