So I don’t know about you.  But I need a nice, easy and happy story to think about.  We’ve got the Trump and the election and the churches in Sri Lanka.  So how about a nice, little miracle to change it up even a little bit?  This story certainly fits the bill.  About a week ago, workers in an oil rig crew found and rescued a dog that was alone, swimming 135 miles from shore.  See?  I told you it was a miracle.  And just look at that dog!  He’s a total cutie, too.  Who knew you could go looking for a rescue animal to adopt in the middle of the Gulf of Thailand?

SWIMMING DOG MADE IT TO THE BASE OF THE RIG AND HELD ON, TOTALLY EXHAUSTED

So how did this happen?  Vitisak Payalaw works on an oil rig owned by Chevron Thailand Exploration.  He said that he and other workers saw the dog swimming, apparently trying to get to the oil rig platform.  But Payalaw said it was pure luck they were even able to see the dog at all.  Normally there are waves in the area.  But for some reason on that day, it was fairly calm.  Otherwise the dog would have been virtually invisible, even up close.  But they all watched as the dog managed to swim up to the support structure at the waterline.  The dog clung on.  But it was too tired to bark or even whimper.

Fortunately, the oil rig workers were able to lower a rope and haul the poor dog up by it’s neck.  So far, no one is sure how the dog was out in the middle of the ocean, 135 miles from the shore.  But Vitisak thinks the dog must have fallen out of a fishing trawler, presumed lost at sea.  So they have named the miracle rescue dog Boon Rod, which means, Survivor.  If no one ends up coming forward to claim the dog as their own, Vitisak plans on taking the Survivor pooch home himself. 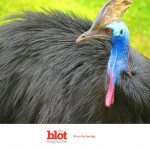 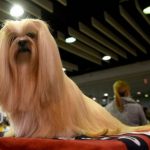