MAN IN OREGON RAPES, KILLS HIS FIANCEE’S DOG, GETS 60 DAYS IN JAIL

So this is more than just a little perplexing.  Last November, an Oregon man, 52-year-old Fidel Lopez, raped his fiancee’s dog.  You read that right.  He raped his fiancee’s dog.  The dog, Estrella, later died from its injuries.  It’s the kind of thing you hear about where you just know that the perpetrator will get the book thrown at them for such a heinous act and crime.  But this Fidel Lopez will only spend 60 days in jail!  So much for the scales of justice, eh?  And it’s not like he’s not a possible repeat offender.  But we’ll get to that.

Read More: Data Mining is Not the Answer to Police Reform

So this poor, poor woman who had been affianced to Fidel Lopez came home only to find her dog Estrella, a Lhasa Apso mix, whining and hiding under the couch.  The poor pooch was bleeding from her rear end.  So the owner took her dog to an emergency hospital.  But tragically, the vet had to put the dog down because the internal injuries were too severe. So the owner then asked that the vet do a a rape kit on her dead Lhasa Apso mix dog.  This is the stuff of nightmares for anyone!

The woman then told authorities that her fiancée had said he was interested in bestiality. But he also bragged about watching someone else sexually assault a dog!  So the Portland Police Sex Crimes Unit began an investigation on Lopez last December.  But the dna testing came back in February.  That’s when the police arrested him.  The test directly linked him to the crime.  They booked him in the Multnomah County Jail.  The charges?  Aggravated animal abuse and sexual assault of an animal.

Lopez told authorities he was frustrated with his fiancée.  So he raped the dog in their bed.  He also said he had been drinking at the time.  But what was the sentence for this disgusting crime?  Three years of probation and 60 days in jail.  That’s it.  That’s the most the judge could give under Oregon’s sentencing guidelines. 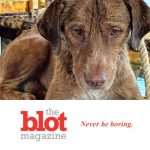 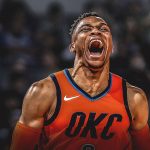