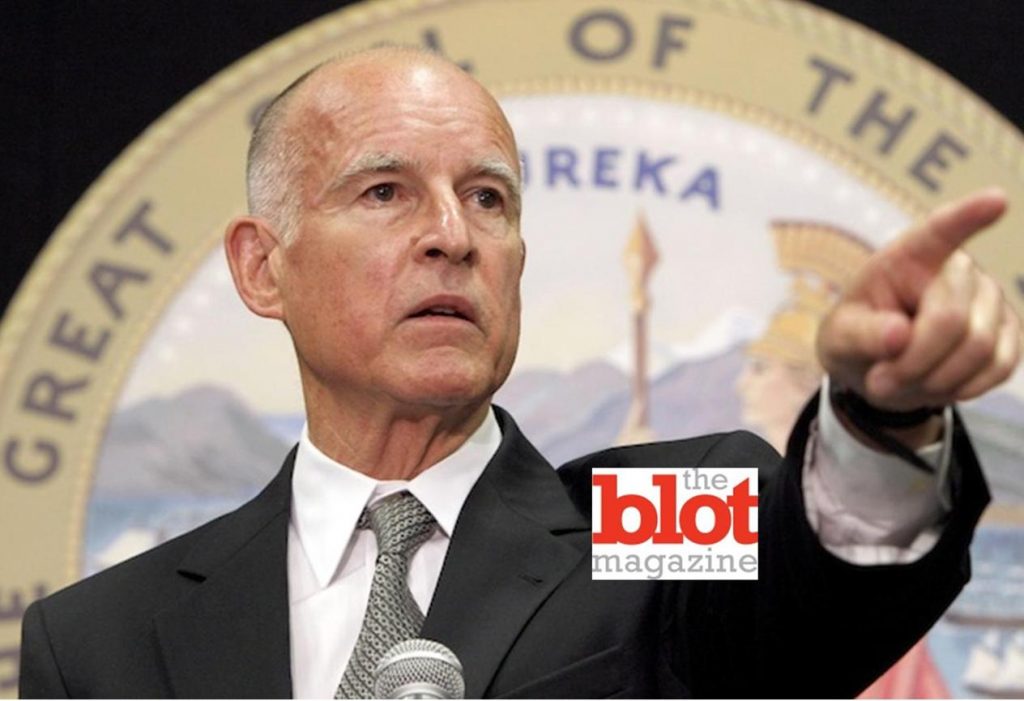 When Jerry Brown won the governor’s job in California in 2012, the conservative media announced the death of the California dream. When he took office, the state had double-digit unemployment, a $26 billion budget deficit and debt in the $35 billion range — dubbed the “wall of debt.” The right was convinced he’d just make things worse. While on the campaign trail, Mitt Romney joked that “America is going to become like Greece, or like Spain, or Italy, or like … California.” Things hae since got a lot better under Governor Brown: California’s budget runs a surplus, unemployment is 8.3% and falling thanks to the fastest job creation rate in America, and the wall of debt is being paid down as the economy grows 3.2% annually. And he did it with policies that run contrary to the conventional wisdom.

California’s Edmund G. “Jerry” Brown, Jr., is the nation’s oldest governor at 75. He was also once the nation’s youngest governor; when he was elected in 1974, he was 36. In between he was a presidential candidate (three times: 1976, 1980, and 1992), a failed U.S. Senate candidate (once), Mayor of Oakland, Attorney General of California, a radio host and a volunteer worker with Mother Teresa. A Jesuit by training, Jerry has always attacked problems with intellectual deliberateness and creativity. Sometimes it works, and sometimes it doesn’t. And sometimes people miss the point, which is how Pulitzer Prize winner Mike Royko of Chicago dubbed him “Governor Moonbeam” — an epithet Royko later said he regretted.

The conventional wisdom in American politics is that you can’t raises taxes, and you have to run a deficit to get the economy going again. Jerry proved those were just plain wrong. He crafted Prop 30, which hiked the state’s income taxes on the wealthiest and the state’s sales tax that everyone pays. And he campaigned for it personally, risking his own political standing. The funds raised were dedicated to paying for education. The people voted for it 55-45% — voters raised their own taxes. That brought in $6 billion right there.

At the same time, he cut spending in other areas to create a budget that was balanced. This is something the Republicans talk a lot about, but whenever they govern, they run up deficits. As governor of California, Saint Ronald Reagan never got the state’s deficit under control. As president, Ronnie doubled the national debt and signed the largest tax increase the nation had ever seen (and traded arms for hostages, cut and ran in the Middle East, and invaded a nation that posed no threat to American security).

Indeed, The American Conservative said in 2009, “Governor Brown was much more of a fiscal conservative than Governor Reagan.” The AC noted, “Reagan had raised taxes several times and boosted spending by an average of 12.2 percent a year [as governor]. In his first year as governor, by contrast, Brown increased spending by just 4.6 percent, less than the rate of inflation.”

Meanwhile, Democrats have a reputation, largely deserved, of not caring about debt and unfunded obligations. Ask Argentina, Greece or Detroit how that works.

Cards on the table time — I was Jerry’s New York State Coordinator from 1991 to 1992 when we lost the nomination to Bill Clinton (I maintain to this day that a politician beat a statesman at the convention). I got to know Jerry a bit when I spent three days as his right-hand man in New York City — I drove him around the city, arranged a fundraiser and made sure that he made his media appointments.

In November 1991, I found myself at LaGuardia Airport at the gate meeting the San Francisco flight (remember when you could meet people at the gate?). He got off the plane by himself, no Secret Service, no entourage, wearing a beige trenchcoat and carrying his own bag. We took the 59th Street Bridge to Manhattan and Joan Didion’s house where he was staying. Jerry started talking to me like he knew me from way back and asked about New York politics.

For the next three days, I took him to law offices for meetings, back to Didion’s to change clothes, over to Rockefeller Center for a TV spot (he was interviewed along with Gene McCarthy by Garrick Utley — three heroes of mine in one afternoon), and down to Chinatown for a $45-a-head fundraiser I had helped organize. After that, I drove him down to Atlantic City to hand him off to the New Jersey organization at an AIPAC meeting.

You learn a lot about a guy when you spend that kind of time in a car together. Four things stick out about those hours.

First, the “Governor Moonbeam” story I got from the horse’s mouth. Early in his career, Jerry was on a flight from San Francisco to LA on state business and discovered that half the plane was filled with state officials. It struck him as a complete waste of time and money. He made an off-the-cuff proposal that California send up its own communications satellite and have those bureaucrats teleconference. Back in the 1970s, that was science fiction. Royko turned that into “Governor Moonbeam.”

Second, Jerry told a story about his time in a Jesuit seminary. When it was your turn to sweep the floor, you had to get a broom out of a closet so small that you had to bow down to get into it. As a result, you wound up looking directly at a sign that read “DO what you are doing.” In other words, be deliberate about all of your actions. “Those words really stuck,” Jerry said to me.

Third, on the way to Atlantic City, Jerry was listening to the radio, looking over some notes and eating an apple (which is a favorite). A woman from the California staff was catching a ride in the backseat. When he finished his apple, Jerry rolled down the wind and tossed the core out. The woman in the back said, “Jerry! That’s littering!”

“No it isn’t. I just planted a tree in New Jersey,” was his reply.

Fourth and last, he got into a policy discussion with some people late one night, arguing over costs, and Jerry burst out saying, “What good is a social program if you can’t pay for it?”

Social liberal, fiscal conservative, environmentalist visionary — I’d take a guy like that over Hillary any day.