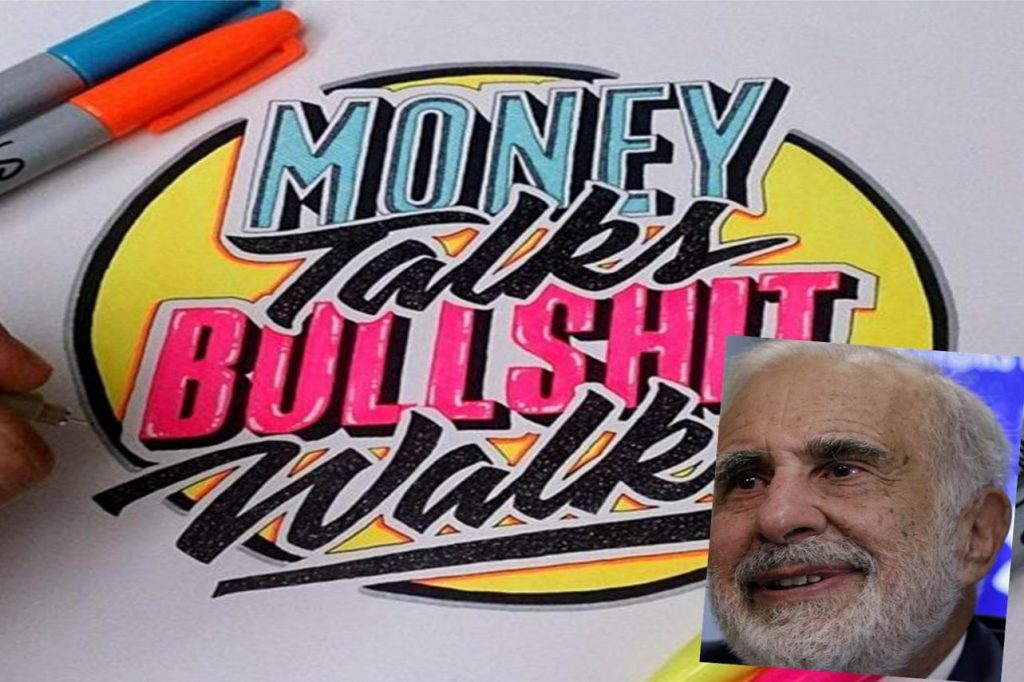 Be a social activist, learn from Carl Icahn

Being a social activist is easy? Money talks and bullshit walks. Never has that cliché been truer than in the case of Carl Icahn. He is a really rich, successful guy (net worth: around $20 billion) who runs a conglomerate called Icahn Enterprises. His M.O. usually involves buying controlling stakes in large, often well-known companies and taking them in the direction he thinks they should go in (or at least attempting to). He puts people on the board that will help him implement his plans whenever he can and attempts to get rid of existing board members who get in his way. This unorthodox, serial investing has earned Icahn the title of “activist investor.” And, while he is arguably the most notable among them, Icahn is far from the only activist investor. Twenty-five activist campaigns have been announced by hedge funds since the beginning of 2017 alone.

Don’t be fooled by the term “activist.” Icahn and many of the others who have been labeled “activist investors” or “activist shareholders“ are cold, calculated businessman whose activism just centers around making companies do what they want them to do in an attempt to cash in. But a few groups have taken this approach and used it in an attempt to improve the world as opposed to make a profit, giving new meaning to the term “activist investor.”

The Interfaith Center on Corporate Responsibility (ICCR) was one of the early pioneers of modern socially responsible investing. They petitioned GM to cease business operations in South Africa in protest of Apartheid (which they seem to insinuate they had a large part in ending even though they didn’t). Since then they have managed to gather many religious organizations together to demand the corporations they invest in act in a socially responsible way. They have targeted environmental issues, human rights abuses, and recently excessive CEO pay, among many other issues. According to their website, they “collectively represent over $100 billion in invested capital.” Exactly how coordinated all of these organizations that fall under the ICCR umbrella are seems a bit vague, and it really doesn’t seem as if they have accomplished very much. Their signature involves filing shareholder resolutions, which are just pleas sent by shareholders to the board to be voted on.

The problem with the ICCR is that boards don’t have to listen to shareholder resolutions, so they pretty much just ignore the ICCR since most shareholders won’t go along with resolutions that will make them less money. Also, it is the board’s responsibility to investors to make the company profitable (on the surface of course) so changing a company’s direction for social reasons could be entering murky legal territory; not that they would want to anyway, but it’s a good excuse. The ICCR is at least coming at these corporations from a different angle: from the inside (kind of).

Another organization is Ceres, whose “mission is to mobilize investor and business leadership to build a thriving, sustainable global economy.” They focus on a mostly environmental agenda and go about “changing the world” by essentially going to corporations and saying, “Hey guys, could you not do that. Thanks.” Then the corporations say, “Yeah, totally,” and laugh at them as soon as they walk out the door (I’m assuming, since they haven’t changed the world yet). Despite their success, which seems to be measured mostly in lip service, Ceres is attempting to open a dialogue with these corporations. But the corporate nut is a hard one to crack. They’re in the business of making money.

Another option for investors who want social change in the world is the socially responsible mutual fund. There are several of these that have varying agendas, including investing in renewable energy and not investing in harmful businesses like tobacco. But these kind of strike me as something an upper-middle class Democrat who wears Birkenstocks and disavows political incorrectness but feels uncomfortable around black people would invest in to help them sleep at night, and so they can tell people how socially responsible they are. But socially responsible funds add another tool to the toolbox of someone who wants to see some change in the world. These make it clear that it is possible to support the change you want while still making money on your investments.

I think that getting involved and putting money on the line like Icahn with a social agenda is the way to get things done. There are times when marching and holding signs may help things, but in this day and age I don’t think it’s very often. I guess the idea behind demonstrations is to raise awareness and get enough people behind your cause so representatives are forced to take action. But have you seen our representatives lately? Very few of them represent anything other than their own personal interests.

As comedian Doug Stanhope put it in his latest special “Beer Hall Putsch” (which is available on Netflix if you haven’t already seen it) in regards to his disappointment with the Occupy movement: “Bradley Manning didn’t get to release all that information by sitting in a drum circle.” He made the point that the Occupiers’ time could have been much better spent clogging up the banks by applying for outrageous loans all day instead of sitting in a park.

You can scream and cry about how shitty the system is (and don’t get me wrong, I think it’s completely shitty and I understand the frustration and lack of direction) and how it’s not fair that so few people ruin the world on a whim so they can have a few more billion dollars, but that’s how the system works. We’re going to have to use that system against them. And the key to becoming a player in that system is the key to Icahn’s strategy: money. Money and a plan. What’s the plan? I don’t know, but I do know it’s not going to come to fruition unless there is money to be made in it.

Let’s give the “Icahn Treatment” to the Artists Against Fracking “organization” started by Yoko Ono and Sean Ono Lennon. You may remember them from the musical YouTube video they made, “Don’t Frack My Mother,” in protest of fracking in New York. They got a bunch of celebrities together and sang a song. After you watch the video, you can click “TAKE ACTION.” This takes you to a page that gives a phone number to the governor’s office and urges you to call. That’s it. It didn’t even have a donation button. If they hadn’t made the video, they would have accomplished just as much. Meanwhile, their so-called supporters (which include dozens of celebrities from Flea to Salman Rushdie) have a combined net worth in the billions. Hell, David Geffen is listed as a supporter and he’s worth $5.5 billion alone. Paul McCartney (who also pledged support), Yoko Ono and Sean Ono Lennon add another $1.5 billion to the table. And there were around 100 other celebrities who at least have a few million (Flea is worth $115 million, in case you were wondering). Not to mention the millions of people who would donate to their beloved celebrity icons at the drop of a hat. Hell, KONY 2012 raised $20 million and nobody had ever even heard of them. And you’re going to tell me the best you can do is make a fucking video? Icahn would come in, whip some ass, and get some puppets on the board of the company doing the fracking. He would also offer an alternative to fracking in New York, which would still make money (if social activism was his thing, which it isn’t). He wouldn’t just say, “Hey man, stop doing that.” That’s lazy, self-satisfied, and will not accomplish anything. But to be fair, Icahn got to where he is by making money, and ending fracking operations, even with a good alternative, would probably lose money. The point is, get your shit together, get some money together, and get some business people with a plan together.

I know social activists and savvy investors are often in two separate circles on the Venn diagram, but there needs to be some integration here if any amount of social change is going to take place. Make it worth it for corporations to do things that make the world better. Maybe all those Artists Against Fracking could use their billions to invest in an existing energy company or start a company that creates renewable energy technology. Or better yet, hire somebody who knows what the hell they’re doing.

But I think attacking this corporate problem from more than one side has to be the way to go. As I’ve mentioned, people who want to give to the cause can invest in the following: existing companies that they think will improve the world, start-ups, or something that will create an opportunity that investors with absolutely no concern but making money will invest in. Maybe even take the ICCR approach and invest in companies that need to change in an attempt to change them from the inside. Think of it as charity rather than an investment. I don’t know, but I am pretty sure that the more money that can be gathered, the more likely a change is to occur. Social activists need their own Carl Icahn to make these decisions.

And we can hit them from the other end with boycotts. Even though we could never realistically gather as much money as Corporate America, we have the numbers. They exist because we buy from them. Maybe even take some advice from Doug Stanhope and use the system against them by using sheer numbers to show how we can (legally) affect their business. But this is probably as unrealistic as getting a bunch of people together to make changes with investments. Hell, it’s hard to get six people together for a half-court pick-up game. But I still think it is much more proactive and realistic than counting on politicians to do it for us, and I think people are more likely to show up if they can make some money. I wouldn’t say this is a call to action, but more of a theoretical answer to the question, “What can we do about these corporations destroying the world?” Maybe I’m completely wrong, but I know I’m not wrong about the power of money. 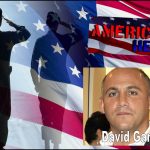 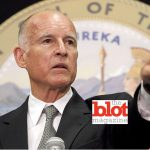