If you’re into hunky actors trapped in frigid temperatures fighting off intimidating Russian gangsters (and who isn’t?), then you’re in for a treat with action-thriller “Freezer.”

Robert Saunders (Dylan McDermott) is a nice, easy-going guy who’s a New York City mechanic. He goes to a birthday dinner for a friend, then mysteriously gets knocked out cold. He wakes up locked inside the restaurant’s meat freezer with his wrists and ankles tied. The Russian mob has mistaken Robert for someone else. Eight million dollars is missing and they are pissed.

Robert feels some relief when he discovers another man is also locked in the freezer, but the man is badly wounded and fighting death having been in the freezing cold temperature for far too long. Robert learns his name is Sam Gurov (Peter Facinelli) and he is a police detective who might know a lot more than he is letting on. As the Russians grow madder, they keep lowering the temperature.

Of course there is an evil beautiful woman whose name is Alisa (Yuliya Snigir). She wants Robert to know she’s not really bad. Similar to Jessica Rabbit’s “I’m not bad, I’m just drawn this way” excuse, Alisa’s is the Russians are making her behave like this. She bats her eyes and pouts her lips to communicate with McDermott that she is in dire trouble and needs rescuing from a handsome man post haste. Despite being locked in a freezer for quite some time, McDermott is Johnny-on-the-spot.

OK, so the plot is far-fetched. If there were a word for really far-fetched I’d insert it here, but McDermott is so freakin’ adorable I couldn’t help but get woozy watching his muscles flex and found myself willing to just nod my head and go along with every ridiculous twist and turn.

Even pushed to their limits and tortured till they’re bloody, both McDermott and Facinelli are drool-worthy. The Russian thugs Oleg (Markus Parilo), Kiril (Andrey Ivchenko) and Stepan (Milan Malisic) are appropriately sadistic for this kind of graphic violent thriller.

There are plenty of things happening, so what if they don’t make a whole lot of sense? Your job is not to question; just enjoy McDermott’s wisecracking as he wriggles and writhes to escape his dire circumstances.

The gory cold-blooded thriller, all shot in one locale, is written by Tom Doganoglu and Shane Weisfeld and directed by Mikael Salomon. It’s a fun romp, especially if you’re a fan of McDermott and, like me, enjoy ruthlessly barbaric bad guys and blood. If not, you’ve been warned.

“Freezer” is playing in limited theater release and available on DVD and Blu-ray. Rated R. 91 min. Watch the trailer below. 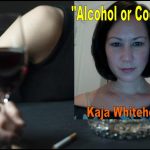