If you’re strolling down Judy Garland Memorial Pathway and spy a small can labeled “Butt Lovers” for cigs and double-entendre fans, plus racy alcohol ads (“The Official Beer of One Handed Sports”) and hear disco music blaring, you’ll find yourself in Cherry Grove.

This small section of Fire Island, which is set apart from the mainland of Long Island as a barrier island, is as distinct as other parts of the area — Ocean Bay Park is something of a frat-boy party, Ocean Beach is more family-friendly, Sailors Haven and Watch Hill are for nature lovers, but the Grove (along with the Pines) is an amazing and celebrated gay haven. Just in case you miss the point, the Grove has a giant rainbow flag flying next to Old Glory at its main entry and departure ferry dock, which is the only way to get to the car-free, boardwalk-lined area. 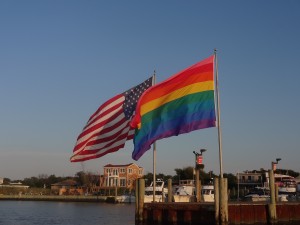 For decades, the Grove section of Fire Island has been a place where gay artists could congregate in peace and enjoy their lives without judgment. And even after the recent SCOTUS ruling giving the thumbs up to gay marriage, it’s still a wonderfully unique place, comparable maybe only to Cape Cod’s Provincetown and The Castro in San Fran in the States (though this year, we noticed many more hetero couples and kids there). In addition to the picturesque beach area and the great eateries (try Floyd’s for breakfast, Island Breeze for lunch, Top of the Bay for a fancy dinner), they also know how to party in Cherry Grove, which is why my girlfriend, aka TheBlot Magazine writer Robin Cook, and I have gone there for the past five summers

Along with its disco, the main evening entertainment at the Grove can be found at the Ice Palace. The club’s an offshoot of the Grove Hotel, which burned down a few months ago by an adjacent fire. Luckily, no one was hurt and the pool area and club survived and are still active; the hotel plans to rebuild in time for next summer. Despite actress Debbie Reynolds and comedian Sandra Bernhard both doing shows in the area last weekend, Ice Palace was the place to be for over-the-top entertainment.

In particular, the drag queen shows are what makes the Palace so entertaining. For the shows, the acts will pick out — and cheerfully pick on — various members of the audience, who will also stuff the performers’ brassieres with money throughout the show.

Along with Ariel Sinclair and Brenda Dharling, two of our favorite performers at the Ice Palace have their own distinct personalities. The black-sequined-outfitted, blonde-wigged Porsche, aka “The Lady With 1,000 Voices,” was celebrating a 10th-anniversary season with a Saturday-night show and you could see why — not only does she channel Carol Channing, Shirley Bassey, Judy Garland, Janis Joplin, Jill Scott, Macy Gray, Bette Midler, Amy Winehouse and dozens of other femme divas, she can do a bunch of them one after another in the same song, as I heard her do amazingly with Cher’s “Believe” last year. Just before that summer 2014 feat, she demanded to know who the straight guys in the audience were, and Robin outed me. Porsche squinted in my direction, saying hesitantly, “Yeah … I buy it …”

For this year’s show, Porsche, who had to fend off a shorted-out stage amp, found a bride-to-be carrying a giant inflatable penis and her bridesmaids in tow, bringing them up on stage for a mock wedding. Prime NC-17 entertainment to be sure.

Our other Ice Palace favorite, the newly engaged Logan Hardcore, is the one who’s playfully insulted my girlfriend from the stage at various times, with these highlights:

1. Comparing Robin to a certain children’s literature legend, sarcastically yelling at her as she once left Logan Hardcore’s show early, “Oh, I’m sorry, Harriet the Spy, did I OFFEND you?”

3. Saying that Robin has a “lesbian haircut” even though she’s “probably not a lesbian.”

As you probably guessed, Logan Hardcore is something of the Don Rickles of the drag set, at one point telling the crowd, “Don’t take anything I say seriously. I’m not a racist — I hate everyone equally!” On hand for a Friday-night show, Hardcore, decked out in a gold leotard, tweaked other crowd members, constantly yelling “Konichiwa!” (Japanese for “Good afternoon”) at an Asian contingent who eventually responded, “We’re Chinese, motherfucker!” Those attendees then earned a rare, earnest apology from LH.

Other than the catty chatter punctuated by off-color burps, Hardcore’s not only an accomplished lip-syncher/singer, taking audience requests to do a medley which included J-Lo and Donna Summer (Robin’s choice), but she also does it all in high heels while pulling off flips and leg splits (try that at home, we dare you). And don’t dare think of walking out or even taking a potty break during LH’s show — she will zing you mercilessly (see above). Tempted as we were to stay for the underwear dance party that followed, we were sufficiently entertained for the evening by then.

LH was even more athletic and just as acerbic at an outdoor pool party Saturday afternoon, which also featured multiple costume changes (including one as mysterious dance diva Sia) and a dive into the pool, which briefly claimed her wig.

Earlier, I had the chance to interrogate LH at the back of the Ice Palace about performing there. As you can see in the video below, Hardcore is just as hilarious one-on-one, noting at the end, “Don’t take anything I say seriously.”

OK, family entertainment it ain’t, but for us adults out there, it’s great fun (see the videos below for proof). Hopefully you see why every summer we look forward to Cherry Grove’s beaches, restaurants and shows. Plus, we wonder what insults the performers will hurl at us as we lap it all up. 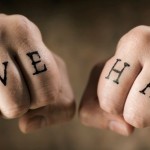 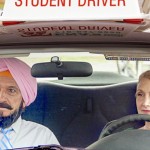