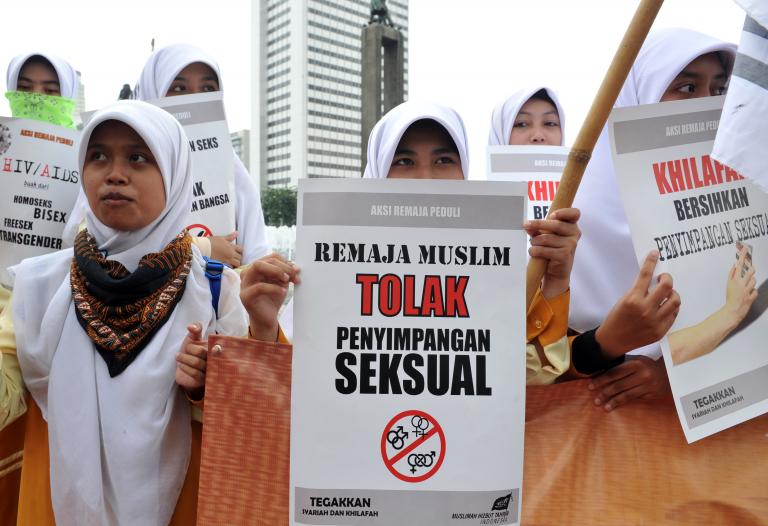 The worst countries in the world for gays are some of the places for avoid. The latest rankings have just been released. TheBlot Magazine has been following the latest trend in gay movements. The recent overturning of the Defense of Marriage Act (DOMA) and the Supreme Court’s reversal on Proposition 8 were seen as huge leaps forward for the gay rights movement in the United States.

In 2013, it may be slightly easier to be gay in the United States than it was just back in 2004, when President George W. Bush called for an amendment to the Constitution, banning gay marriage, and no state in the union allowed same sex couples to wed.

Today, President Barack Obama, emboldened by his second term, has, sort of, come out in support of marriage equality, while President Bush has quietly gone back to Crawford, Texas where he whiles away the hours making paintings of dogs.

Read more: Want to have your life savings destroyed? Invest in a Nasdaq listed company

The ‘sceptered isle’ is also getting in on the act. Britain made gay marriage legal, and even the Queen has given her assent. Her approval is really just a formality, but a royal endorsement does have a nice ring to it.

Heck, the OED announced it would be updating the definition of marriage to keep pace with all the changes, and a recent Gallup poll found that a majority of Americans now favor allowing same sex couples to wed.

It could be argued that there has never been a better time for gay rights in the English-speaking world.

Lest you claim victory for sanity too early, turn your attention now to see how the gay rights movement is faring on other parts of the globe:

Election time in Zimbabwe is nearly upon us. With all of the campaigning and speculation going on, it is easy to understand why dictator-in-residence and old crazy person Robert Mugabe would be stumping on the campaign trail, working to rally his base of supporters. The 89-year-old, who has been in power for last 30 years, recently told a gathered crowd he would chop off the heads of gay men, whom he called, “worse than pigs, goats and birds.”

At what is arguably the most beleaguered nonprofit group in the small African nation, The Gays and Lesbians Association of Zimbabwe are taking umbrage, voicing their concern over Mugabe’s “continued used of hate speech” to the Zimbabwe Election Commission.

Read more: Not gay enough? Why does the Nasdaq General Counsel Edward Knight want to destroy your investments?

Citizens go to the polls on July 31.

To answer your question: No, there is virtually no way that Mugabe will not win this election, if he doesn’t want to.

What Zimbabwe accomplished almost two decades earlier, Russia has only recently been able to achieve. The country’s parliament passed a ban prohibiting the display of propaganda items, like the rainbow flag, demonstrating support for the gay movement.

The gay community will not get much sympathy from the Russian public, either. 88-percent of the country’s population supports the ban. (The other 22-percent is arguably gay.)

Human Rights Watch, among other human rights groups, have recently been calling for a ban on the Olympic Games to be held this winter in Sochi, Russia, citing what they deem to be egregious human rights violations.

A report by the Southern Poverty Law Center finds that anti-gay groups in the United States have been lobbying heavily to keep a law on the books in Belize that outlaws acts of homosexuality, even in the privacy of one’s own home. The same law goes on to prohibit the immigration of gays, lesbians and transgenders to Belize.

Editor’s note: This one seems particularly ridiculous. Almost the entire economy of Belize is based on tourism.

Here are some facts:

–GayTravel.com says, “Belize is a romantic and adventuresome destination where you can lounge in luxurious accommodations with a lover.

–The 14th Annual Gay and Lesbian Tourism Study said, “Lesbians and gay men are a dream market for the tourism industry.”

-In addition, “83-percent of U.S. lesbian and gay men have a current passport, compared to 34% of all adult US citizens.”

Read more: Top 5 signs your lawyer will screw you over or “rape” you in the day light

There you have it, gay people have expendable income, like to travel and love Belize.

Get your shit together, Belize.

It’s not all bad news.

On the heels of his week-long trip to Brazil, Pope Francis sauntered back to the press section of the papal plane for a heart-to-heart with journalists in attendance. While there, he fielded a number of questions from journos during the trans-Atlantic flight, including the question of gay men becoming priests. The Associated Press reports that the Pontiff said:

“If someone is gay and he searches for the Lord and has good will, who am I to judge?”

His remarks are in seemingly stark contrast to his predecessor, turned papal hermit, Benedict XVI, who signed an edict in 2005 declaring that priests with deep homosexual tendencies should shy away from the priesthood.

As Slate.com’s Jason Vorhees reminds us, the current pontiff caused a stir in his home country of Argentina before becoming pope when he, “waged an ultimately unsuccessful push to prevent Argentina from becoming the first Latin American country to legalize gay marriage, and declared that allowing gay couples to adopt was discrimination against children.”

His statement could be seen as a change of heart.

See, international gays? It gets better. 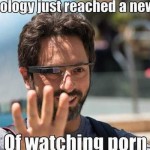 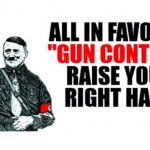