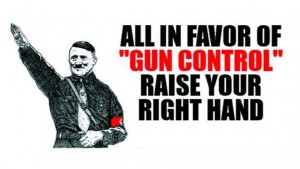 Gun kills and the Constitution’s Second Amendment has made it possible to kill in America. When I was four years old, my parents told me my grandparents went on a cruise.

They never came back.

Like any other kid would, I figured the ship sank.

My grandfather was babysitting my then two-year-old sister, Ariela. He’d been having problems getting along with a neighbor for quite some time — I really don’t know what their issue was with each other, but it escalated quickly — and I guess this was the day he snapped. He walked down the street, gun in hand, when the neighbor’s keys glistened in the sun. My grandfather thought these — the glistening keys — were some sort of threat. What really happened, we’ll never know.

What we do know is that my grandfather shot this man to death.

And what we do know now is that my grandfather suffered from a debilitating mental illness. He was never treated for it. Back then, you didn’t talk about these things. I guess today we still don’t, really.

My parents thought my sister and I were too young to understand what happened, so that was that. I never saw my grandfather again. I didn’t see my grandmother again until my junior year of high school, and by then maybe it was too late. Maybe there’s too much I missed.

Here’s the thing. I don’t give a shit about your right to bear arms. I know that’s an unpopular opinion here in America, but it’s mine. I was never close to my mother, and a gun cost me a relationship with my father’s parents, even though it was my grandfather that pulled the trigger. I can’t even imagine how those on the other side feel, the Sybrina Fultons and Tracy Martins, the Sandy Hook parents. I really can’t even imagine. It hurts my heart to think about it.

I don’t understand why some people value their arms more than they value human life.

I grew up without a real mother figure. Mine was cold, absent, at times abusive. Now that I’ve “met” my grandmother again, I know that she could’ve been the mom I never had, the mom that I desperately needed. The mom that could’ve made my adolescence just a little less miserable. The mom that I could’ve turned to for advice, as I do now. But she wasn’t.

Because of a gun.

I never knew my grandfather, either. Maybe all he needed was the right treatment, the right meds, lots of therapy. I guess we’ll really never know.

I really, really don’t give a shit about your right to bear arms. And I’m not sorry about it.