Conventional wisdom had it that after losing the Senate to the Republicans in 2014, Barack Obama would serve out the remainder of his presidency as a “lame duck” president.

With his approval numbers rising (although not skyrocketing), an improving economy, solidifying his healthcare legacy, opening the door to Cuba, the Supreme Court ruling in support of gay marriage at the federal level, his Iran deal and the potential success of his Trans-Pacific Partnership trade deal, this world leader has been redefining the term “lame duck” as something more akin to a “kickass-political-ninjutsu-ground-and-pound-a-hostile-Congress-and-drag-the-country-into-the-civilized-world duck president.”

While Obama is not without serious problems, ranging from race relations to gun violence and a resurgent Russia, the man has been taking care of a fair amount of business despite some hefty opposition. Curiously enough, one of the things I’ve noticed embedded inside his eclectic media outreach campaign — especially with his appearance on the “WTF with Marc Maron” podcast, his final interview with Jon Stewart on “The Daily Show” before the longtime host leaves the show and a little with his extended BBC interview — is that he’s using the tail end of his final term in office to remind the American people (or at least the folks tuning in) what democracy actually is.

Naturally, Obama frames most of these “lessons in democracy” against the backdrop of policy wins — although in his latest BBC interview, he wasn’t abashed at all about talking about his inability to achieve any kind of “common sense gun safety laws” and how that fact has “frustrated” and “stymied” him. Yet despite that “distressing” failure, he intends to keep chipping away at the problem.

And chipping away at an issue, or moving the ball down the field without necessarily scoring a touchdown (Obama favors American football analogies), seems to be at the core of what he wants Americans to remember, or learn, about how democracy ought to function. On his farewell visit to “The Daily Show,” after admitting that government has been slow to adapt to a new digital, “Balkanized” media landscape, Obama got into the nitty-gritty with Jon Stewart on how the often gangly, never-perfect beast that is democracy actually works.

After summing up improvements across governmental agencies during his time in office and admitting that in any large institution asked to do a lot — especially unprofitable things that “other folks don’t want to do” — you’ll always come across failures of varying sizes (the VA fiasco) and people screwing up (it’s a human endeavor, after all), the president told Stewart that when he came into office, his team examined “a whole slew of problems” and looked for areas where they could “advance the ball down the field each and every time.” (There’s that old football analogy again.)

The gist of the argument is that if Obama always hit his goals, the goals weren’t set high enough. In a democracy, progress generally (although not always) comes in small steps, not great leaps and bounds. While everyone focused on the fact that he used the N-word some weeks earlier when talking about race relations with Marc Maron, Obama also got into the less-than-glamorous under-the-hood mechanics of governing, telling Maron, “Sometimes the task of government is to make incremental improvements, or to try to steer the ocean liner two degrees north or south so that 10 years from now we’re in a very different place, but at the time people may feel like we need a 50 degree turn … But societies don’t turn 50 degrees. Democracies certainly don’t turn 50 degrees.”

With something like healthcare, considering the obstacles he had to deal with, a “win” is getting as much as his administration was able to do, even though many were disappointed because he didn’t get more. While the job of the media or an unsatisfied citizen is to point out what we don’t have, if one group gets exactly everything they want, they’re probably not living in a democracy. Those types of absolute sociopolitical tidal shifts tend to happen in totalitarian regimes and dictatorships — not in systems based on argument and compromise.

To sum up, Obama’s lucid and candid “lessons” on how democracy works seem to be aimed at a population that loves to talk about democracy all the time and boast fiercely about defending it — but usually throws a fit when they don’t get exactly everything they want, when they want it. 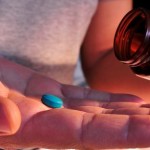 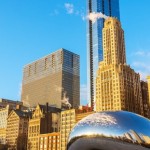