So my first reaction to this is, oh, hell no.  No way.  Ever.  I don’t even want to think about this.  But here goes.  You have heard all sorts of nightmare stories about things that can happen to a man’s penis.  There’s one in South America where you should never, ever, pee.  Anyway.  Here’s another.  An older man in Cambodia went for a swim.  That’s fine.  Normally.  But while he was swimming, a leech went into the older man’s penis.  Like, all the way in.  And while it was all the way up in there, it drank a liter of his blood.

AFTER PEEING NIGHTMARE, DOCTORS FOUND THE LEECH, SWOLLEN WITH A LITER OF THE MAN’S BLOOD

That’s right.  A LITER of his blood.  At first the man didn’t notice anything.  But then he tried to go have a pee.  That didn’t work out so good.  Trying to pee gave him excruciating pain.  Down there.  It happened every time he tried to pee.  And older men need to pee more than ever.  Still, horrible pain.  So the man went to a hospital to get help.  Doctors put a very small camera into his penis and found the problem.  A leech.  In his penis.  Good grief.

SWOLLEN LEECH WAS A CHALLENGE TO REMOVE, BUT MAN WENT HOME AFTER A NIGHT’S STAY

So the man explained that just he had gone for a swim earlier that day.  But the leech knew its business.  It went all the way up to the man’s bladder, where it had itself a bloody meal.  But the hospital had tried to warn locals, telling them that leeches and other gnarly insects are out in number while it’s the rainy season.  This older man will never forget.  The leech was hard to remove.  It had injured the man’s insides and was a LOT larger for all the blood it drank.  But the doctors were able to remove it eventually and the poor penis with its older man went home a day later.

Shudder.  Just be thankful that picture isn’t in color.  Seriously. 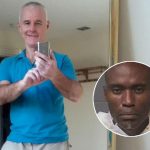 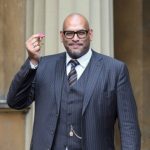