So this is a story that’s painful for any man to read.  And as bad as it is to document it, it’s better than living the reality.  And that reality is something no one ever wants to see, or live.  Gangrene on the penis!  But that’s exactly what happened to one 43-year-old man.  He had some nice sexy time with his lover.  That’s the end of the good part.  During love play, his partner gave his penis a little love bite.  That doesn’t sound so bad, does it?  Well, not until that love bite turns into gangrene.  You know, the stuff that makes your flesh rot?

THE TIP TURNED BLACK, BUT “ALL” WAS NOT LOST AS DOCTORS WENT TO WORK ON GANGRENE

Five days after the love bite, the man with the penis rots went to an emergency room to get some help.  The little love bite wound had become incredibly painful, right at the tip.  Well, ok, maybe the love bite wasn’t so little.  The wound was almost an inch long!  But by the time doctors saw it, it turned black.  So if you didn’t know, skin that turns black means necrosis.  And that’s the rub.  Necrosis means rot.  Like, dead tissue.  So this poor man had a penis that rots away.  He could have lost the whole…. Shebang.  There’s a picture in situ.  But I’m not including it here cause I don’t want to see it myself.  No one should fear a nice love bite.

PENIS HAD THE ROTS, BUT MAN MAKES FULL RECOVERY, IF A LITTLE TO THE LEFT FOREVER

But the story has a happy ending, of sorts.  The penis rots man didn’t have any systemic infection.  In other words, it was only the tip of his penis that had any infection from the love bite.  But it was still really serious.  Doctors hospitalized the man and he endured intravenous antibiotics for some time.  We are talking about gangrene, after all.  Eventually, the man left the hospital and continued with…. oral antibiotics.

After a month, he was completely recovered.  Well, nothing will ever look the same, of course.  But it’s still there! 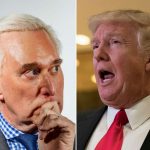 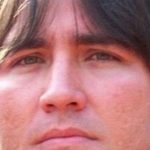