The impacts of Hurricane Harvey are continuing to unfold with each passing hour.  Latest reports show the death toll at 45 lives lost in southeast Texas.  As the water continues to recede, the damage to area infrastructure, commercial and private property as well as residents and communities also continues to emerge.  But we are now just starting to perceive the possible environmental consequences from the flooding of the nation’s largest petrochemical complex, with at least five Superfund sites flooded by Hurricane Harvey.  This could be a major threat to community health for years to come.

EPA HAS NO IDEA WHEN INSPECTORS CAN GET ONSITE, START TELLING US SCALE OF ANOTHER KIND OF HURRICANE DISASTER

Again, at least five superfund sites all considered to be highly contaminated were completely inundated by Harvey flood waters, the AP reported on Saturday.  As of now, Environmental Protection Agency officials can still not provide any information on when personnel will be able to get to the sites for any kind of inspection for contamination.  So as of now we still have no idea when we’ll begin to know what has happened with these highly contaminated sites and whether these toxins are now spread all over their respective areas.

HIGHLANDS ACID PIT STILL GROUNDWATER THREAT, WILL EAT THE SKIN OFF YOUR FEET

One site, the Highlands Acid Pit, had 22,000 cubic yards of hazardous waste and soil removed in the 1980s, but the EPA considers it a continuing threat to local groundwater, the AP wrote.

“My daddy talks about having bird dogs down there and to run and the acid would eat the pads off their feet,” 62-year-old Dwight Chandler, who lives just a few blocks away, said. “We didn’t know any better.”

A working-class neighborhood in Crosby, which is less than 30 miles from downtown Houston, saw flooding in both the French LTD and the Sikes Disposal Pits sites which are located to either side. A sinkhole opened up there on Friday, taking down two cars and filling the air with the scent of creosote, a carbonaceous chemical formed by burning wood, fossil fuels, or tar, the AP reported.

Polluted soil at the Brio Refining Inc. and San Jacinto River Waste Pits appeared to have washed away amid heavy flooding; the latter site was being considered for an $97 million EPA cleanup effort.

DIOXINS COULD NOW COVER WIDER HOUSTON AREA, SUPERFUND SITES SHOULD HAVE BEEN PROTECTED.  WERE THEY?

“If floodwaters have spread the chemicals in the waste pits, then dangerous chemicals like dioxin could be spread around the wider Houston area,” TexPIRG researcher Kara Cook-Schultz told the AP. “Superfund sites are known to be the most dangerous places in the country, and they should have been properly protected against flooding.”

In addition to the Superfund sites, concern has been raised about numerous active industrial sites in the area which suffered extensive flood damage. That included an Arkema SA petrochemical plant which exploded after company officials said they lost emergency power to cooling systems, making a detonation inevitable. At least two containers containing organic peroxides burned down, with another six likely to follow in the coming days, Click2Houston reported.

Several oil spills have occurred; Denbury Onshore LLC reported losing between 200 to 1,500 barrels of oil in Brazoria County after a storage tank overflowed.

According to the Washington Post, the U.S. Department of Health and Human Services treated some 420 out of 7,500 refugees at Houston’s George R. Brown Convention Center, some for “diarrhea or vomiting that could be associated with a virus or contaminated floodwater.”

Texas Gov. Greg Abbott warned the reconstruction effort after the storm could be even more lengthy and arduous than cleanup and recovery after Hurricane Katrina, which devastated the Gulf Coast and particularly the city of New Orleans.

CLEANUP IN TEXAS EXPECTED TO TAKE YEARS EVEN WITHOUT SUPERFUND DISASTER

As the AP noted, EPA administrator Scott Pruitt has publicly called cleaning up Superfund sites a priority even as he has worked to undermine some of the agency’s core functions, such as the EPA’s role in regulating water and air pollution. The White House’s fiscal year 2018 budget request proposed slashing 30 percent of the Superfund program’s funding, while as Gizmodo previously reported, also asking for the elimination of the US Chemical Safety & Hazard Investigation Board. 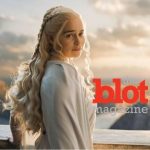