Channing Tatum is awesome. If you don’t see it, you may have a thrombosed vein in your nether regions … or your brain.

He managed to go from an exotic dancer in HPV capital Florida to a successful model. Then he went from a no-name actor to top billing. His good looks, sense of humor and media savvy way make him nearly unstoppable. Who cares if he has a derp face if he’s collecting checks and staying relevant? Plus, his “Magic Mike” dance moves are keeping Ginuwine relevant. But yet he doesn’t get his due in Hollywood.

OK, so Tatum may not be one of the greatest thinkers in the world, but who cares? He really understands the business. He is able to do both comedy and drama. His role in “21 Jump Street” helped turn a questionable reboot into a viable franchise. He’s just been cast as one of the most fuckable X-Men, Gambit. His semi-autobiographical film “Magic Mike” was about male strippers, yet it’s tough to find someone who didn’t see it. The sequel is bound to make it a “Sex and the City”-style movie franchise.

He is able to make fun of himself, like in his memorable cameo in “This is the End.” Hell, he even has a comedy song featuring Jimmy Kimmel, Jamie Foxx and Miley Cyrus called “Channing All Over Your Tatum.” On top of all his skills, he has a storybook marriage to former “Step Up” co-star Jenna Dewan. Hell, now they’re still making those “Step Up” movies, so clearly Tatum’s mike really is magical.

All this being said, Tatum never gets his due as an artist. Mark Wahlberg plays one dumb mook after another. He produces a series about dumb mooks. Then he really stretches his acting chops playing a dude from Boston in a Martin Scorsese movie and people act like he’s a genius. Have we forgotten “The Happening?” He voluntarily starred in “Transformers 57: Death of Franchise” as an inventor.

Meanwhile, Tatum really does embody new characters. He even managed to make a Nicholas Sparks movie charming. Although that may have been due to the appearance of his cakes. But seriously, he added vulnerability and a derp-ier face to the slightly sensationalized story of Mark Schultz in “Foxcatcher.” He plays a simple-minded, depressed wrestler who tries to escape his brother’s shadow by entering into a bizarre relationship with an obsessive billionaire. Steve Carell and Mark Ruffalo were amazing in the film, but so was Tatum! He provided the entire emotional center for the film and is the main protagonist. Where’s his Oscar nod? Please, remember we gave Oscars to Marisa Tomei and “Rocky.” 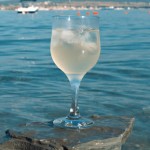 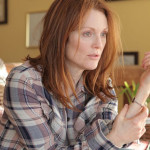