So Pennsylvania is a little weird.  It’s got a few real cities, yes.  But it’s a big state, with a lot of rural areas that don’t really compare to anywhere else.  In other words, I don’t really get Pennsylvania as a state.  But it certainly generates a lot of weird news, and this totally qualifies as weird.  While details are still pretty scarce, the few head scratchers that we do know would make a Wookie bald fast.  Police responded to a call at a Home Depot store in Dickson City.  And I’m not sure this was a call any cop could predict.  They arrived to find that they had to stop two people from conducting an exorcism.  Yes, an exorcism.  But in the lumber aisle?

Read More: Henry Cavill To Be the New Highlander in Cult Classic Reboot?

WHO THINKS OF CONDUCTING AN EXORCISM AT A HOME DEPOT, IN THE LUMBER AISLE?

Yes, the lumber aisle.  If you’ve ever been to a Home Depot store, you know all about the lumber aisle.  Wider aisles, stacks of all sorts of wood planks, siding, tools.  You get the idea.  But with the smell of cut wood in Dickson City, Pennsylvania, on one fine day that included two people conducting an exorcism on…. Wood.  Or, as the two spiritual miscreants might have otherwise described it, dead trees.  Yes, you’re sort of starting to get the idea.  Two people thought it would be a good idea to go to Home Depot, of all places, and do an exorcism on dead trees laying in stacks as cut lumber.

AND HOW DID EVERY SINGLE HOME DEPOT STAFFER FAIL TO VIDEO DEAD WOOD EXORCISM?

So this happened earlier this week, in the middle of the afternoon, on Monday.  So as you might guess, after the police report came out, some people noticed and commented on social media.  Unfortunately, none of them were terribly funny (so far, anyway).  But one person did catch the most amazing omission involving this exorcism of dead wood in the lumber aisle at a Pennsylvania Home Depot.  They wrote, How does a wood exorcism happen in 2021 and not a single person in Home Depot videoed this for our entertainment. I need answers?”  Indeed.  Just imagine what that footage would have shown, and the amazingly more fodder it would have provided us all. 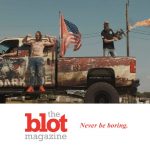 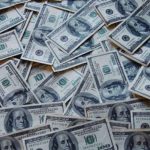