You know why we have a division between Church and State? Because of wackadoos like Kentucky’s County Clerk Kim Davis. She’s been breaking the law these past few months by refusing to marry same-sex couples. She just doesn’t agree with the Supreme Court’s June ruling on that issue.

Too bad ole Kimbo hasn’t been fired for her infraction. Apparently, it doesn’t work that way if you’re an elected official and, anyway, she has an excuse. Kim says her conscience won’t allow her to go against her religion. But now that she’s been arrested, Rev. Randy Smith of Morehead, Ky., where Davis’ office is located, said about the arrest, “It’s very unjust. Religious liberty has been trampled on today.”

Kim is a member of the Apostolic Christian Church of America, a denomination whose doctrine is based on a literal interpretation of the Bible. They follow the New Testament, but also like to turn to the Old Testament for advice. I sense that may be at the root of the problem.

It seems that Kim has gotten hung up on that old Leviticus business, “You shall not lie with a male as one lies with a female; it is an abomination.” But, Kim, can’t you see that directly backs up lesbians? Women are told to lie with each other. I mean, you’re the one who demands following biblical instructions literally. ’Tis pity, somehow that little detail gets in the way sometimes.

Kim, I understand that your lawyers would’ve really preferred if you hadn’t been held in contempt of court and arrested for breaking the law. I know that’s  such a bother. I’m assuming that’s why your legal team asked U.S. District Judge David Bunning, on your behalf, to put a temporary block during your appeals on the previous order to uphold the law and issue marriage licenses.

I guess having your lawyers go over Judge Bunning’s head to the the U.S. Supreme Court of Appeals for the Sixth Circuit didn’t pan out. They said no and then on Monday, SCOTUS itself also said no. Geez, what’s a girl to do?

And now your schlep back to court on Thursday, Sept 3 must’ve been so disappointing, not to mention inconvenient. Did you bring a suitcase for your trip to jail? It must hurt that your appeals failed so miserably.

I understand that your religion believes in following the Bible literally so, let me get this straight. If God told my neighbor Bob to go burn his son on a mountaintop, if it were for the right reason, would you fight for Bob to be freed from prosecution?

Hey, listen, instead of feeling guilty about issuing same-sex marriage licenses, my advice to you, Kim, during your stay in jail is to call relatives and ask them to go mark your house with the blood of a lamb so God’s angelic hit squad will pass over it. Then you won’t have any repercussions for going against the big guy. But, then again, maybe having you arrested was his way of promoting you to martyrdom.

You know, I’m not all that surprised that Republican presidential candidate Mike Huckabee stands with you on your right to break the law. He even bragged to reporters in South Carolina, “I called to encourage her and thank her for not capitulating to what is really nothing less than judicial tyranny.” Although, I can’t help but wonder what Mike must think of you having twins out of wedlock. You know how he feels about women not being able to control their libidos. And I bet he wouldn’t be too thrilled with your apparent adultery and also your less-than-holy decision to get married so many times (she’s been married four times and divorced three for those keeping count).

I was touched when I read that the local Atkinson Florist is having such a tough time keeping up with all of the flower orders from your fans. How sweet. I read in Reuters that the shop’s employee Becky Reeder delivered a floral arrangement to you yesterday. It was kind of her to show you sisterly solidarity by saying you’re just standing up for what you believe. It’s like those al-Qaida fellows who say that they only break the law due to religious reasons. They’re just protecting their beliefs. I doubt they’d send you flowers, though. You know how they feel about getting rid of Christians, like you, who threaten Islam. And let’s not even think about Santeria’s religious beliefs and what PETA does about all those pesky lopped-off chicken heads.

OK, sorry, I have to wrap this up now, Kimmy. It’s time to go put my friend’s firstborn in a basket and send him afloat on the Hudson River. I wouldn’t want some annoying Pharaoh pestering him. 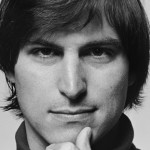 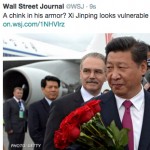