Oscar-winning director Alex Gibney answered questions after an intimate press-only screening of his new doc, “Steve Jobs: The Man in the Machine.” The film is an exploration into the odd phenomenon of the public’s adulation of Jobs.

Four years ago, the Apple co-founder’s death launched worldwide public weeping during which mourners brought flowers and held each other as if they’d lost John Lennon. Gibney wanted to know why. What was it about this man that defied logic?

Gibney films include his Academy Award-winner “Taxi to the Dark Side” about the Bush Administration’s policy on torture, “Going Clear: Scientology and the Prison of Belief,” the Oscar-nominated “Enron: The Smartest Guys in the Room,” “The Armstrong Lie,” “We Steal Secrets: The Story of WikiLeaks,” “Magic Trip: Ken Kesey’s Search for a Kool Place” and the list goes on.

This time, Gibney turns his investigative lens on Jobs, the cutthroat businessman who thought nothing of stealing thousands from close friends, raging, bullying and wearing employees down to their breaking point. He drove a plate-less Mercedes, parked in handicapped spots and called philanthropy a waste of time. Worst of all, he vehemently denied responsibility for his first child, Lisa. Oddly, despite his insistence that Lisa wasn’t his, Jobs christened one of Apple’s first personal computers with her name.

Jobs had to be court-ordered to take a DNA test, which proved his paternity. While he was raking in the mega-bucks, Lisa’s mother, Jobs’ former girlfriend Chrisann Brennan, struggled as a single parent waiting tables, house cleaning and turning to welfare. When the court ruled that he send money, Brennan received a piddly $500 a month. Jobs, at that time, had a personal net worth of $225 million.

One of the film’s most revealing testimonials of Jobs came from Bob Belleville, the former director of engineering at Apple. He speaks as if he’d been under Jobs’ spell, telling Gibney that working for Jobs cost him everything that mattered, including his wife and kids.

Because this film comes right after Gibney’s Scientology doc, the comparison was unavoidable. The director was asked if he saw a parallel between that religious cult and the Apple culture and worship of Jobs.

“Yes. There is a cult of Mac, and there are certain parallels with the church of Scientology,” he replied. “I’m not aware, though, of Apple technician’s showing up on doorsteps with GoPros on their foreheads trying to intimidate you. Nevertheless, there is this feeling like there is a passion for the person and the products that is so deep that any criticism cannot be tolerated. That I do find interesting. I think, ‘Why should that be?’ Is it not possible that we can just discuss how pitifully paid are the workers in China and how badly treated is the environment there, even as we may admire some of the technological aspects of the Apple products? There seems to be a need to deify … in a way that broke all criticism, and that does verge on the religious.”

Gibney’s Best Quotes of the Evening:

“I think there were a lot of people who knew Jobs, and were close to Jobs that had very good things to say about him. A couple of them are in the movie. I think that to the people he was interested in, he could be not only a very charismatic figure, but a very engaging, inspiring, and transformative figure.”

“Over and over and over again, Steve Jobs keeps talking about the values of Apple. If I had an opportunity to ask Steve Jobs one question, it would’ve been, ‘What are your values? Please express your values.’ That I would’ve liked to have learned from him, in an honest and straight-forward way, if he had been willing to do it, which people like Steve Jobs rarely are when you’re a filmmaker or a person in the press and trying to get them to speak honestly of themselves.”

As we walked out of the screening room side-by-side, I asked Gibney if he thought that Jobs’ obsessive nature bordered on insanity. He turned to look at me and said, “Yes, I think people who are that creative, that obsessive and that successful, yeah, there’s always a bit of crazy.”

“Steve Jobs: The Man in the Machine” opens in theaters and
becomes available on VOD platforms on Friday, Sept. 4.
CNN Films will premiere the film on TV in early 2016.
Documentary. Rated R. 127 min. 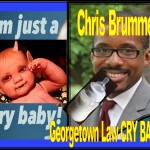 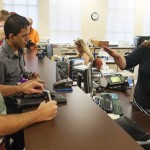