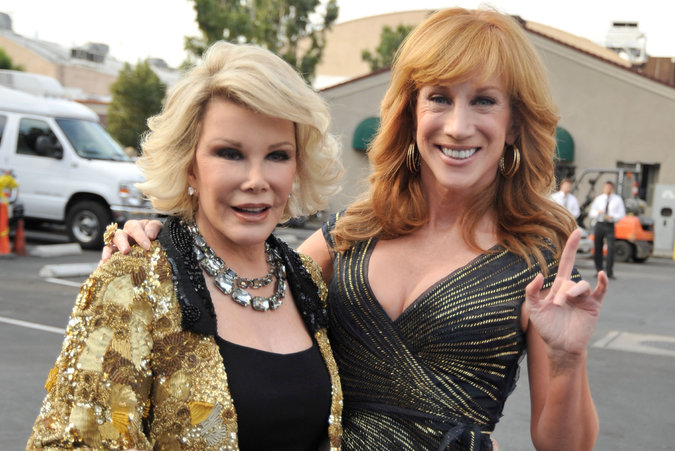 Like everybody who enjoys a “little fashion here and there,” I was rather excited to watch the debut of Kathy Griffin on the much-anticipated return of the “new” “Fashion Police” on E!, which covered the red carpet at last week’s Golden Globes. Griffin was brought on — not as a replacement — with the almost impossible mission to fill the shoes of dearest Joan Rivers, who unexpectedly died Sept. 4 at the age of 81.

Joan and Kathy were friends, and besides both having lots of plastic surgeries, needless to say, they are truly funny women. But what made Joan so perfect on “Fashion Police” is the simple fact that she also lived fashion, bought fashion, talked fashion, made fashion and, above all, understood fashion and style like very few in show business. Joan knew, and could compare, Hollywood old-school glamour from New York high-society decadence or Palm Springs grandeur or Aspen style. She was exposed to English royalty, wore real fur and made no apologies about it because in this world, a lot of rich old ladies buy fur because they love it, and it is legal to do so. Joan earned her diamonds and emeralds. She had fashion baggage — I mean monogramed luxury trunks. Celebrities would dress and stop for her on the red carpet because her opinion was important. Who would dress up to be interviewed by Kathy Griffin?

It is not Kathy’s fault that there was no magic on the set of “Fashion Police.” After all, she is only a great comedian who lacks fashion knowledge, and, of course, she doesn’t need the “FP” platform to say that Amal Clooney is annoying. Kathy tried to hold her own by using her talented comic skills while a confident — and, at times, discreetly dismissive — Giuliana Rancic would take control of the panel.

I blame the “Fashion Police” producers for mistakenly attempting to bring a new speed to the show with everything still resembling Joan. New set? Where? Just because there is new paint on the wall doesn’t mean a new mood and attitude would settle in automatically. Everything still looked the same, which makes us think of Joan. You might think such details don’t matter, but they do because she is not there. Certain new beginnings should indeed have a radical makeover, especially when you have a legacy to respectfully overcome.

Brad Goreski, formerly the assistant of stylist Rachel Zoe, replaced the classy George Kotsiopoulos. Brad is funny and adorable, and truth be told, he knows and make valid good points about the fashion subjects just like fellow hosts Giuliana and Kelly Osbourne do.

Aside from the jokes, “Fashion Police” has always been a show that’s fair about its verdicts, not only amusing, but also educating its followers, and without the sharp and precise wise tongue of Joan Rivers, the format of the show should have changed. To watch Kathy give her opinion about the Giambattista Valli dress worn by Lupita Nyong’o on the red carpet was painful — and it left the other hosts uncomfortable.

Having a mix of guests hosts rotating at the panel — with Giuliana, Kelly and George — could have been a better way to slowly transition to a more-permanent face that could potently take the seat of Joan. I also like to entertain the idea that two ladies and two gentlemen would have been a good choice to not have the remembrance of Joan so strongly influencing the show. Brad could perhaps have joined the panel with the original three hosts. The show would have lost the funny twist to it, a dramatic change indeed, but it would have at least kept its policing essence going strong. Unless Kathy is catching up on her lost Vogue subscriptions for the upcoming episodes, it is a tough call having a comedian talk about fashion without not even knowing what “resort wear” and “haute couture” means. Can she talk, really? 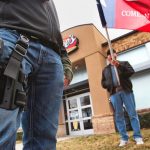