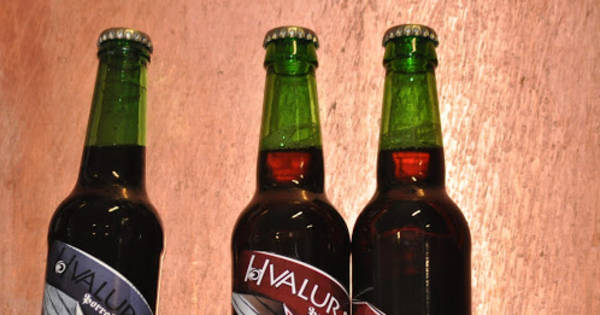 Bear made out of whale balls?

I am quite proud of my Norwegian heritage (and the few Scots who got into the mix as well). However, I must confess to a certain inferiority complex when it comes to food. You have the haute cuisine of France, the elegance of northern Italian food, the culinary delights of India and China … and then, there’s my people. You see, Scandinavian food is, well, pretty bad. Quick, when did you last go out to eat at a Scandinavian restaurant?

True, Swedish meatballs are pretty good (Norwegian kjottkake is the same but better because it is Norwegian). But on the other side of the scales, there’s lutefisk (codfish treated with lye — seriously), rakfisk (which smells worse than lutefisk because its raw trout fermented for a few months — I can’t make this up), surstromming (which is raw fermented herring, rakfisk on steroids —you have to eat it outdoors it smells so bad), and selshreifar (seal meat cured in lactic acid — and I wonder what it was cured of). Indeed, I have a theory that the Vikings set sail in those dragon ships looking for tacos and pizza.

This unfortunate taste in food extends to drinks as well. There’s a microbrewery in Iceland called Stedji that brews a few different beers. A seasonal one called Hvalur features normal beer ingredients like water, malted barley and hops — and sheep shit-smoked whale balls.

Since you aren’t likely to believe me, I am going to simply quote their “sales pitch” from their website (please pardon their spelling and bear in mind some of their letters don’t exist in our alphabet). Still, their English is clear enough:

“Hvalur 2 Þorraöl Steðja is an ale we brew for the season of Þorri [a winter month]. What makes this beer special is that, it´s ingredients is Pure icelandic water, malted barley, hops and sheep shit-smoked whale balls. Icelanders have used this method of smoking for centuries, so we choosed to handle the whale balls the same way before we use it in the brew. Because a lack of trees in Iceland, we use dry sheep shit to smoke. This gives the beer an excellent smoke tast, a smoke tast you havn´t tryed out before… The balls also gives its flavour to the beer.”

They had me at malted barley, but lost me at sheep shit. The whale balls were just the exclamation point.

“We want to create a true Thorri atmosphere, and therefore we decided to use smoked testicles from fin whales for flavouring the beer,” says Dagbjartur Ariliusson, a co-owner of the brewer told the BBC. “We put a lot of effort into this and it’s a long process.”

I Was a Governors Ball Newbie, And It Was Great Except for When It Was Terrible

Since the fin whale (the second largest animal on the planet) is an endangered species, the usual environmental groups are having a fit. A year ago, Stedji brewed up a batch that just used whale meat. The Whale and Dolphin Conservation group issued a press statement in which it “expressed dismay and concern regarding the sale of a beer in Iceland that its brewers claim contains dead whales.” As if you could brew beer with live whales in it.

Iceland voted in a referendum to ban all alcohol in 1908, which went into effect in 1915. In 1933, Iceland and the U.S. both lifted their prohibitions, but in Iceland’s case, everything but beer was permitted. It wasn’t until March 1989 that you could buy beer in Iceland. Maybe they are still working on getting the recipe figured out.

In any case, Hvalur 2 is 5.1 percent alcohol, which is about where Budweiser sits. Stedji promises a whole testicle is used in every brewing (no skimping on the sheep-shit smoked whale balls here) and then the beer is filtered (why?) and pasteurized. Hvalur 2 goes on sale now. 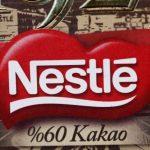 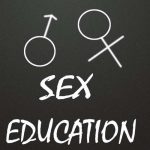