Stingray use by law enforcement has become a lightning rod. The city of Tacoma, Wash., has emerged as the latest community to question the local police department’s purchase and use of a controversial cellphone surveillance device.

Like other communities profiled by TheBlot Magazine, Tacoma officials were apparently told the device would be used by law enforcement in extreme public safety circumstances, only to find out the surveillance tool was used in routine criminal investigations.

The controversy revolves around a cellphone tower simulator called a Stingray, a surveillance tool police use to track the location of mobile phones used by criminal suspects. The device tricks phones within a given area to connect to it instead of an actual cellphone tower; from there, law enforcement agents are able to capture metadata from all phones that connect to the device, allowing police to gather call and location information from cellphones that would otherwise be difficult to get.

The device is manufactured and distributed by the Florida-based Harris Corporation, a company well-known within law enforcement circles. The company has distributed the same device to dozens of police and law enforcement agencies across the country, many of whom purchased the spy tool by obtaining federal grants earmarked for anti-terrorism programs.

The Stingray purchased by the Tacoma Police Department in 2007 was acquired with federal grant money. According to the local newspaper, the police department says it briefed every member of the Tacoma city council about their intended purchase and use of the device back then, but some city council members are disputing this.

What’s indisputable is that city council members have acknowledged being briefed about the tool when asked to earmark more than $200,000 for software upgrades so that police could trace more phones, specifically phones that use new 4G LTE data technology. And at least two city officials now say they were told that police had acknowledged using the spy device in routine criminal investigations, not matters of homeland security.

“It was upgrading software to address a wide range of technology options for solving crimes,” city council member Robert Thoms told the Tacoma News-Tribune. “That seemed to be fine with me because I want them to have every tool necessary to help save lives and find people and detect bombs.”

Tacoma police are saying very little about its use of the device, citing a non-disclosure agreement with the Federal Bureau of Investigation that is similar to agreements signed between the agency and other police departments across the country.

But according to data obtained by the newspaper, the Tacoma Police Department deployed the Stingray more than 170 times since it obtained the device in 2009. The majority of the cases where the department used the device dealt with drug investigations, not terrorism.

That’s similar to how the device is used in other communities, particularly in California. According to data obtained by local TV station KXTV and reviewed by TheBlot, the Oakland Police Department deployed a Stingray dozens of times in routine criminal investigations that had nothing to do with terrorism. Other law enforcement agencies also used cellphone surveillance tools throughout normal criminal investigations, particularly drug cases, the documents revealed. Those agencies also obtained a device through federal anti-terrorism grants under the guise of “homeland security.”

Worse, police appear to be using the device across the country without first obtaining a warrant from a judge — something that has civil libertarians, privacy advocates and defense attorneys crying foul.

In one case, a Florida man’s conviction on theft and sexual battery was overturned after an appellate judge learned that police had used a Stingray to gather evidence against the man. In that case, police failed to obtain a warrant and later tried to cover up its use of the device.

That’s different from how Tacoma police use the device, according to the agency. Though a Stingray can be used in any kind of criminal investigation, police say they first obtain a warrant from a judge before they deploy the surveillance tool.

Years ago, Tacoma police reasoned it would someday need a Stingray in order to search for improvised explosive devices. Though the spy tool has been deployed dozens of times since 2009, it has never been used in a case involving IEDs. 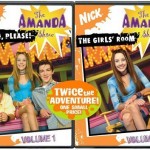 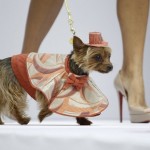